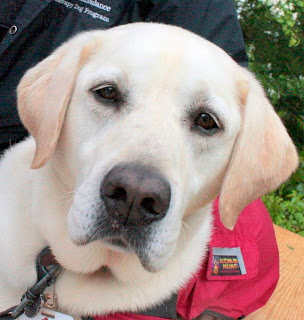 Today has been an emotional day for me. I got an email today that Cody - a yellow lab who was the same age as Charlie - has died.

He was 12 1/2 years old, and he and his Dad Don LebLanc were super active in the dog community - tons of people will know Cody and will be grieving for him today. He was a beautiful, calm dog and was perfect for the jobs that Don gave him.

I first met Don and Cody when I started my Charlie loves Halifax site and Don emailed me about dog friendly places and walks that he and Don and his wife had found - starting way back in 2002 - so I have been watching Cody's life from the sidelines for almost 10 years. 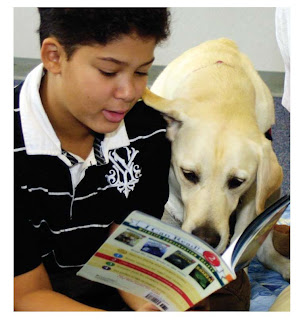 He's had a wonderful life, blessed and he was able to help a lot of people, and especially children through the Therapeutic Paws of Canada program. 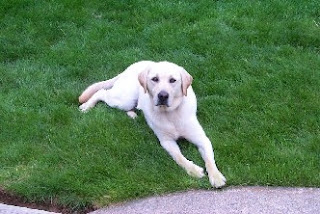 When I searched through my computer to find photos of Cody - everyone that I found was of a happy dog living a wonderful life - both Don and Cody were very lucky.

It has really affected me because Cody is so close to Charlie in so many ways - age, breed - when I got the email this afternoon I spent a lot of time afterwards on the floor with the dogs - time is so precious. The end could come at any time - and all of Charlie and Daisy's compatriots are leaving one by one. 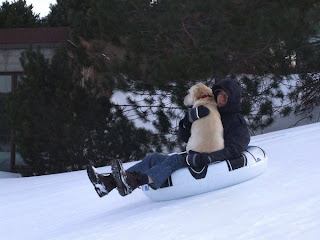 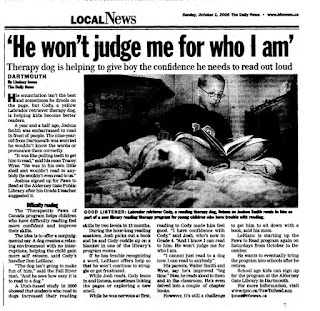