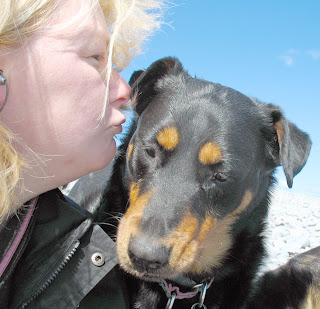 This week we saw Montreal fall to the evil debacle of breed specific legislation - laws that are built around killing dogs that look a certain way and not laying blame where it needs to be - dog owners who don't control their dogs properly.

But I don't think that many people know that here in Nova Scotia there are areas that also have this kind of legislation and in 2008 the province almost fell to province wide BSL - it was only through quick work by dedicated advocates that it didn't happen.

So if you live in any of these areas and you care about this issue - you should contact your area's Councillors and see if you can effect change to get your dog bylaw's changed so that your area's law can reflect science and not fear mongering.

As for our provincial legislation - we still have a way to go - our Municipal Government Act still does have a portion of breed specific legislation in it - when it was proposed in 2008 I wrote out was proposed - you can find that - here - what is still left is:

Dog by-law 175 (1) Without limiting the generality of Section 172, a council may make by-laws

(e) defining fierce or dangerous dogs, including defining them by breed, cross-breed, partial breed or type;

So what that means is that any town or city in the province can define dangerous dogs any breed that want - like what Clark's Harbour does:

And that is exactly what breed specific legislation is - defining a dangerous dog by it's breed - pre-judging a dog simply by it's so-called breed, or by the way it looks - because we all know that pit bull isn't a breed - it's a "type" - it can be any type of dog with short hair, a thin tail and a wide forehead.

If this is something that's important to you, and you don't want to see breed specific legislation potentially being written into your own town's bylaw - you can write to your MLA and ask that these lines be removed from the Municipal Government Act - if enough people write in about it - maybe we can get it removed.

You can find a list of Nova Scotia MLA's here - http://nslegislature.ca/index.php/people/member-bios

I have to point out that Shelburne USED to have BSL and they removed it a few years ago thanks to hard work on the behalf of local advocates in the area - and a couple years ago Yarmouth was contemplating adding BSL to their bylaw when they were rewriting the bylaw - they had had a really traumatic mauling in Yarmouth caused by a targetted breed and they were under a lot of pressure - but I am really happy to say that they didn't do it - their new bylaw doesn't have anything in it that relates to breed - so when different areas of Nova Scotia re-writes their bylaws - good laws CAN be written.

And there are awesome bylaws throughout Nova Scotia -  Parrsboro Nova Scotia has a world class dog bylaw - one of the best ones I've ever seen - and they've had it since 2003.

And if you want to know who was behind the provincial push to have BSL - I'll tell you - it was Lloyd Hines - and he's still in provincial politics today - he's currently the minister of Natural Resources, still drinking from the tit of the government's largesse (and from the mouth of the district of the Municipality's of Guysboroughs coffers too) - I've been writing about him since 2004 when he said the most idiotic thing:

He hates dogs and I think he's afraid of them.  He's a very little, little man who deserves to be voted out - I hope he is in the next election.
Posted by Joan Sinden at Saturday, October 01, 2016 No comments: