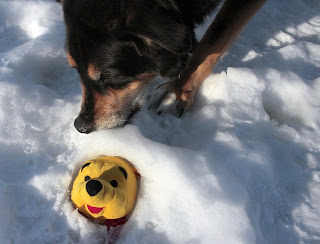 After Hurricane Katrina hit in 2005 I became slightly obsessed with survivalism and how to "bug out" with me and the dogs if I ever needed to - especially after having gone through Hurricane Juan in 2004 - so I wrote a really long post about how to survive an emergency and what things to compile if we ever had an emergency here - it's got a lot of good stuff in it - so in honour of National Emergency Preparedness Week I thought I'd share it again so you and your pets could be safe and you don't have to leave them behind unnecessarily should a disaster happen - the link to the post is - http://dogkisser.blogspot.ca/2005/09/off-topic-but-sort-of-not-hurricane.html
Posted by Joan Sinden at Tuesday, May 03, 2016 No comments: