Gail Benoit is back in business - but it's not Kijiji's fault

Gail Benoit - who has been in the business of selling unhealthy companion animals in Nova Scotia as far back as 2001 - has surfaced again on Kijiji selling maine coon kittens - for some reason she seems to be selling kittens now instead of puppies at the moment - and social media is on fire. 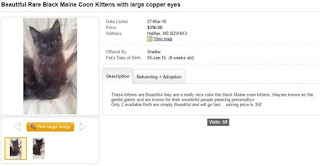 This was an ad posted on kijiji a couple weeks ago where Ms. Benoit is alleged to have been selling these kittens - and unfortunately someone took her up on the offer and paid $300 for one and $180 for the other.

Unfortunately the kittens the purchaser received didn't look like these kittens - but luckily for the person the kittens are healthy and hopefully will live a long and happy life - unlike a lot of other animals that Benoit has sold over the years.

There has been a lot of talk over the years about Kijiji selling live animals and that they shouldn't be doing it because of people like Gail Benoit - but the thing is - with everything purchased on online buying sites - it really is buyer beware - you have to do your research.

What we really need to do is just use these opportunities to educate the public about acquiring animals.

All these things are really important - and you should be able to ask a ton of questions for any animal you are purchasing - it doesn't matter where the place is that you hear about the animal you want to get the animal from - whether it's kijiji or Petfinder or wherever - it's the research and the amount of work you put into it.

People spend weeks killing themselves trying to figure out which kind of phone to buy - but then they impulse buy a dog that's going to share their bed for the next 15 years - it doesn't make sense.

So don't blame kijiji for allowing Gail Benoit to continue her shafting people - blame ourselves for continuing to meet people in parking lots to buy animals that may be just hours from dying through no fault of their own.
Posted by Joan Sinden at Monday, March 21, 2016 No comments:

Nova Scotia is not immune to the current fad of groups forming to import dogs from the United States and other parts of Canada.

Usually they say it's because there is a shortage of small breed dogs that come into rescue in our province - they also say that it's because we are a no-kill province, so dogs aren't in danger here like they are in other places on the continent, so there's no urgency for rescue dogs here - and a "life is a life, no matter where the dog is".

While I agree with the statement that a life is a life no matter where that life is - there are dogs who are in danger here in Nova Scotia.

Because we are a no-kill province - there is a limit on the amount of dogs that can come into rescue at any given moment, because we don't kill for space, or for the health condition of the animal that's in rescue, so sometimes a dog can be in foster care or a shelter for months at a time - taking up space until he finds his perfect forever home - meaning that dogs who do need to be rescued - and are sometimes in very precarious spots - being chained outside in very unsafe conditions, or in a home that is in very bad conditions - cannot come into rescue because there's just no place for him to go - so because of that - there are dogs suffering right here in Nova Scotia for lack of good homes..

By bringing in these imported dogs - we are taking away forever homes for dogs that are already looking for homes from native Nova Scotia dogs - which to me is not a good thing.

Until there are no Nova Scotian dogs who need homes - we should not be importing dogs from California, Texas, Cancun, or wherever.

I don't think we shouldn't be helping them - but we can help them by supporting them where they are - sponsoring them, donating to the shelters where they are, and doing things like that - but we don't need to bring them here.  It is hurting the dogs who are already here.

And as to the myth being perpetuated that there are no small dogs coming into rescue in Nova Scotia - that is a big fat myth that needs to be dispelled - small dogs - and puppies - come into rescue just as much as big dogs - sometimes you just need to wait a little while and have a bit of patience. 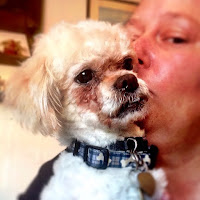 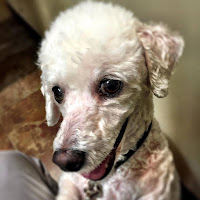 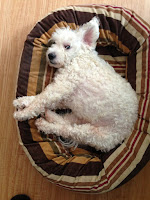 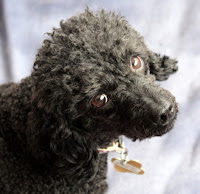 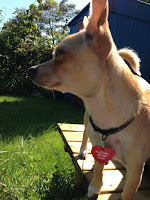 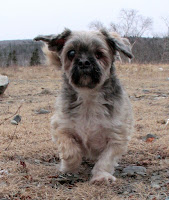 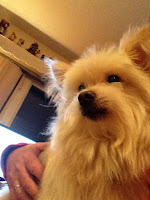 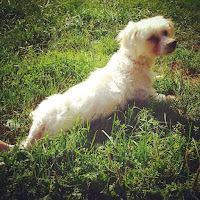 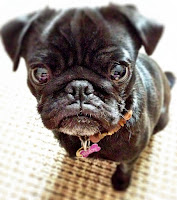 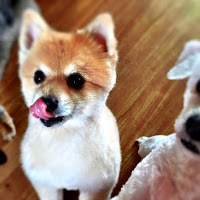 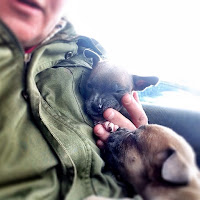 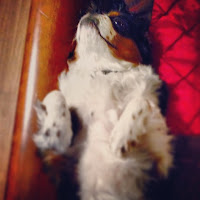 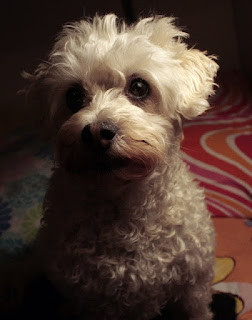 And maybe the most famous of all small rescue dogs - Buttercup - who was adopted from the Nova Scotia SPCA in August 2003
Posted by Joan Sinden at Thursday, March 10, 2016 7 comments: