The Aninal League Defence Fund does an annual report of Animal Protection laws listed by province in Canada every year. They are an American organization, but for some reason they do this report - and we are lucky to have it done for us. 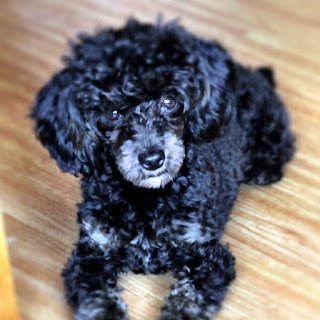 It's interesting the reasons why Manitoba is number one and we are number two - I listened to a radio interview today with a representative from the ALDF and she talked about the reasons why Manitoba is number one and she said a big reason why is because they have provincial laws on their books that ban dog fighting - this is interesting because dog fighting is covered in the Federal criminal code - but those laws have remain largely unchanged since 1892 and are largely un-enforceable so very few convictions are ever made through those laws - so to enact provnicial laws for dog fighting would bring that industry some justice if it ever came to having to lay charges for that crime.

I have personally always found it ridiculous when I see it written in municipal bylaws around our province like the Town of Antigonish who have a section in their bylaw which reads:

Section 1(m) "Fierce or dangerous" includes without being limited to:
Any dog which is owned, trained or harboured primarily or in part for the purpose of dog fighting,

That is only one of four different designations of what the Town of Antigonish defines as being a fierce and dangerous dog - so does that mean by extension that it is legal to own a dog that is owned, trained or harboured primarily or in part for the purpose of dog fighting in the town of Antigonish if you obey by their rules for owning fierce and dangerous dogs in their town?

And also - because dogs owned for dog fighting are obviously legal in the town of Antigonish - does this mean that dog fighting is also legal?  It's an obvious question that has to be asked.


Things that the ALDF thought would be good to our animal protection act which would take it to the next level are things like:

Those would all be nice things for sure - as would the regulations for rescues, and tougher sentences for people who abuse their animals  - but we all know that none of these things are ever going to happen.
Posted by Joan Sinden at Saturday, July 23, 2016 1 comment:

in 2014 the Minister of Agriculture Keith Colwell committed to meeting with the animal advocate community in Nova Scotia once a year regarding the animal protection laws and in December 2014 new regulations were passed in the province making the tethering of dogs 24/7 illegal, along with other things to protect animals in Nova Scotia like the banning of dogs being allowed in the back of trucks and requiring that any animal that is bought or sold must be accompanied by a certificate of health from a veterinarian.

We met again with Minister Colwell in January 2016 to see how the new regulations were going and he asked our group if there was anything we thought could be added to the regulations to make it a better document - and I suggested that perhaps we could add regulations around animal rescues.

Minister Colwell gave us until December 2016 when we meet with him again to write these regulations.

Currently Nova Scotia is just like everywhere else and anyone can say they are starting a rescue, start fundraising and never take in a rescue - or - people can be running a rescue - and start fundraising for an animal that they haven't actually had surrendered to them - or adopt out animals that haven't received any veterinarian care at all - or adopt out animals that are sick.  These are all things that happened with rescues here in Nova Scotia and are highly un-ethical - and when it happens paint all rescues with the same brush.

When an animal needs help in Nova Scotia - they should all land into the same soft arms no matter which rescue they happen to be taken into - and that's currently not happening.  And having a standard code of ethics, and regulations that the NS SPCA will enforce will help that.

There are a lot of great rescues in Nova Scotia - run by single individuals, and by groups of people - we all do it because we want to help animals.  Any rescue that is doing it for the right reasons will welcome these regulations.

Recently a small group of rescues met with the Nova Scotia SPCA to go over what the regulations should look like - and as well - the NS SPCA is looking at adding another layer - they are looking at adding a certification process which will be completely voluntary that a rescue can apply for where they can get a "seal of approval" from the NS SPCA.

At this point -- the NS SPCA has taken over the writing of the regulations - and they are going to submit what they believe can get passed to Minister Colwell by the fall.  Their concern is that there might be an election soon - and if there is - we might lose this  window to have these regulations added on a timely basis.

I wrote what I would like to see in the regulations but I know probably very little of it will make it into the final document - I put everything in there that I wanted - the "Five freedoms"; a section on positive dog training so that rescue dogs never have a shock collar put on them; a line making Nova Scotia dogs a priority; and that dogs receive required veterinary care.

If you would like input on the proposed regulations - you can contact me at dogkisser@gmail.com and I will forward your concerns to the NS SPCA.

Here is what I wrote that I hope the NS SPCA will take into consideration:

Animal Rescue for the purpose of these regulations is a person, organization or other legal entity operating in Nova Scotia that engages in the activities of transferring ownership of a domestic animal and does so on a not-for-profit basis.

Animal is a cat or a dog

Rescues will adhere to the “Five Freedoms”

Assessment quarantine and veterinary care:
When an animal is surrendered to a private rescue, as soon as time permits they will:

Fostering and care of animals: