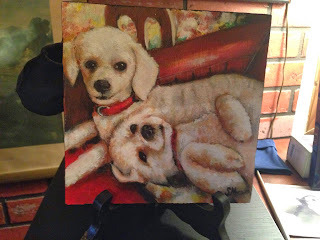 I was the successful bidder in an auction last year for a 6x6 portrait - by local artist Simone Manley and I was so impressed I wanted to talk about it here - this is the result of my photo that I gave her - isn't it neat? 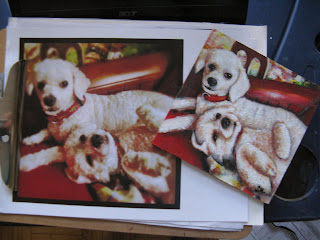 You can contact her through email at simone.inhouse@gmail.com - her paintings are very reasonable and they are awesome!
Posted by Joan Sinden at Thursday, March 20, 2014 1 comment: 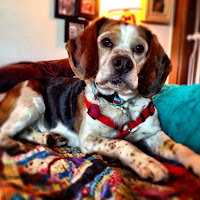 You're doing it for dogs and cats who have no voice whatsoever - dogs like Scotty - who is pretty cute - but for 8 years he was chained and people thought he was quite worthless.
Posted by Joan Sinden at Thursday, March 20, 2014 2 comments: