At its Oct. 21 meeting, Council approved a staff recommendation to hold community consultation on a proposed fenced-in off-leash site southwest of the artificial turf fields at the Mainland Common. A photo of the proposed site is attached here and available online at http://www.halifax.ca/property/OLPS/index.php.

Residents can provide feedback at the public consultation session, which will be held from 6-9 p.m. on Oct. 30, at the Halifax Forum, 6209 Almon St., in the Maritime Hall building. For those unable to attend, feedback can be sent to Holly Richardson in Parks & Recreation at richarh@halifax.ca.


So if you want to stay up to date on whats going on - you should show up!
Posted by Joan Sinden at Wednesday, October 29, 2014 No comments: 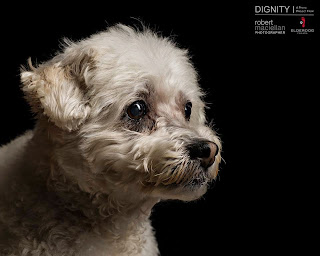 Buttercup and I were so happy to take part in their "Dignity" project recently - "a visual exploration of the dignity, grace and beauty of the senior canine" - they allowed Buttercup to be part of the project - and yesterday they released one of the photos they took you can go check what they say about the picture on Facebook - or on Elderdogs website at http://www.elderdog.ca/Education/TheDignityProject.aspx - it was taken by noted local photographer Robert MacLellan

I am so lucky that we got to be part of this project, thank you so much to Elderdog for letting us take part.
Posted by Joan Sinden at Thursday, October 16, 2014 1 comment:

I know I'm getting to this late, but better late than never.

Last Thursday Minister Colwell submitted an amended Animal Protection Act to the Legislature that has 3 amendments to it that were added from the previous Animal Protection Act that has yet to be proclaimed by the Legislature - this has to be done before the regulations that we are all waiting to come into effect so that the anti-tethering portion can come into play.

The items that were added into the Act were that cats are now specicifically included in the Act - it will now become an offence to abandon an animal, Municipalities and others will have enforced powers under the Act, and a veterinarians certificate will now be needed for the sale of any cat.

Before the regulations can be passed by the Cabinet - this Act has to work its way through the government and be proclaimed - hopefully by November, and then the Minister said it will hopefully be a quick process that the regulations we've all been waiting for can be passed. It's the regulations - not the actual Act - that has the provisions for dogs not being tethered longer than 12 hours at a time - here are the "Draft Standards of Care" that the regulations will be based around, that we have all been waiting for - it will work in tandem with the Animal Protection Act as it is passed in the Legislature - I am interested to see how making it illegal to abandon an animal will play out - because just that happens so often and causes so much turmoil that will be a huge thing for the animals in Nova Scotia - it's a fabulous change that I applaud the government for doing.

Including cats too has been a historic thing for Nova Scotia - cats suffer so much - including them in the legislation shows how far we've come as a province when it comes to animal suffering, and how much the government has listened to the political groups in this province. Last week was a historic day for animal welfare in Nova Scotia, that's for sure.
Posted by Joan Sinden at Tuesday, October 14, 2014 1 comment: