Here are some pictures of the dogs having fun - The 2nd two actually include Sassy being included in a hump fest with Sidney! She has come such a long way since she came here in July - her personality has bloomed into a feisty little bossy white dog that is such a lovely little girl who doesn't take any shit from anyone - including me! 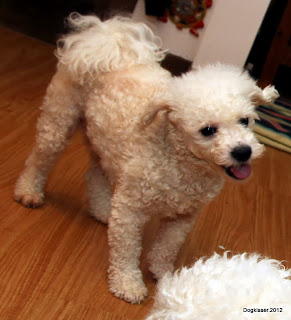 This is Sidney  going into a shake - he is such a pretty boy! 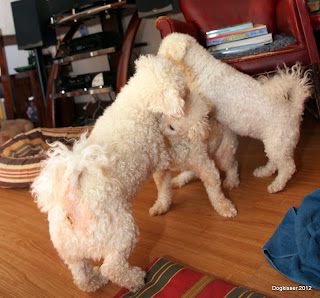 This is the first of the aforementioned Sassy humps - she's the one on the right - and Bubby's in the front. 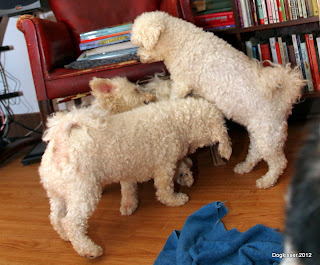 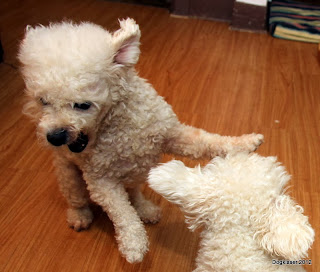 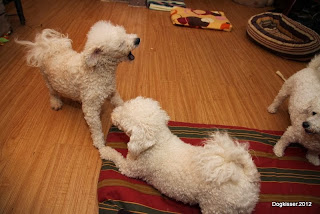 Sidney doing a side-face come on with Bubby in a play bow, and Sassy to the right seeing where she can jump in 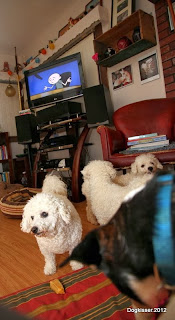 Buster to my right on the couch having nothing to do with the fun for now - and the other three taking a breather - and one of my favourite shows on the tv - the Ricky Gervais show! 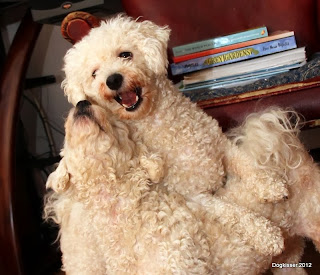 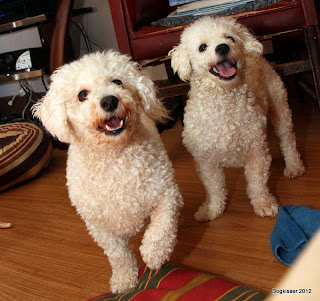 Bubby and Sidney looking like the smiling brothers that they are. 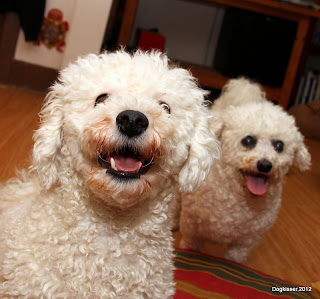 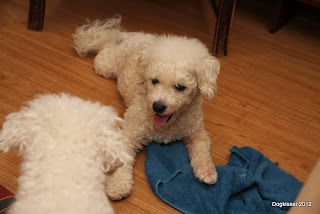