Revised: I think the CKC is facing some very tough decisions with their future direction and NCAC and PIJAC

I wrote the bulk of this post before I went to the Urban Animal Summit on April 14th - and before I went - I thought that the Canadian Kennel Club was involved with the writing of the "Breeder Code of Practice" that we were going to be talking about - but as it turned out - when I showed up in the morning - there was no representation at the Summit from the CKC - which was odd, because at every previous summit I'd attended - there HAD been someone there from the CKC - and when you look at who the sponsors are of the event - the CKC is listed - so you'd expect that there would be representation there.

So it was a surprise when I arrived - and it seemed that no involvement of the CKC was going to be happening with this new "Breeder Code" - it was going to be geared towards another level of "responsible breeder" who wanted to attain a "seal of approval" and "certification" - and if indeed a "CKC breeder" ALSO wanted to achieve this certification as well - they could certainly apply to get it as well - they weren't precluded from getting it if they wanted - even though I was quick to point out that their bylaws made it impossible for them to sell their puppies to a pet store.

So it seems that the "National Companion Animal Coalition" will be the ones mentoring and marketing this program - which is why I say that the CKC is going to have some tough decisions to make - because they are a member of that coalition - are they going to want to be part of "certification" program of breeders that they don't deign to include in their own club?  I don't know.  That's for them to figure out.

Below is my blog post from last night - when I talked about what had previously been released by the Summit organizers - and my thoughts about PIJAC - of which I've got a lot of ideas - and end of the end of the summit today - my thoughts haven't changed too much about PIJAC.  I'll be writing a new post about what happened at the Summit today - you'll just have to wait a bit for me to type it all out.....

On April 8th - they "released the first iteration of the Breeder Codes of Practice" - you can go read it here.

It based complete - pretty much word for word on the Canadian Kennel Club's Bylaws - which you can read by going to the CKC's website where they have their bylaws online.
They read exactly word by word - except that ONE SENTENCE has been REMOVED.

Can you guess what that one sentence is?

"No breeder shall sell or donate dogs for the purpose of their being auction, raffled or to pet stores".

In the NEW Breeder Codes of Practice it reads -

"No breeder shall sell or donate dogs for the purpose of an auction or raffle."

Do you see something missing?

It looks to me like someone wants it to be okay for CKC registered dogs to be sold in pet stores.


THIS is why the National Companion Animal Coalition is a very bad idea - and a horrible conflict of interest for both the CKC and the Canadian Federation of Humane Societies having anything whatsover to do with PIJAC.
I have been saying it for a long time on this blog - and it has finally come to fruition.


According to the 2008 and 2009 National Urban Animal Surveys there are more than a million cats and dogs being placed into Canadian homes each year. Of these homing episodes it appears that adoptions from legitimate animal welfare organizations account for 11%, registered breeders account for 8% and compliant retail establishments are thought to add another 16% of these placements. Only these 35% of placements come from inside the industry system of compliant homing organizations.

If these numbers are accurate, almost 65% of the cats and dogs placed into Canadian homes may come from breeders who could fly under the radar for business licenses and taxes, whose litters are not identified in any industry system and whose operations may not be compliant with accepted industry standards. It is these irresponsible breeder activities the industry wishes to elminate for the good of pets and pet families.

What do they mean by a "compliant retail establishment"?
What is the definition of a "compliant retail establishment"? I have never heard that term before, have you? Is that a term that PIJAC has newly created so that pet stores can now sell CKC puppies?
If that's the case - then the puppymill world has just gotten a lot muddier in Canada - that's for sure. And the Canadian Kennel Club has got a lot of questions that need answered.
Because we all know that 99% of the puppies sold in pet stores come from puppy mills.
This conflict of interest has to stop between the Canadian Kennel Club, PIJAC, and Canadian Veterinary Medical Association, and the Canadian Federation of Humane Societies.

This week I also got CFHS Spring 2011 "Animal Welfare in Focus" Newsletter in the mail - and in there is an article about how the society is using social media to show how heartbreaking it is to buy pets from an irresponsible source like pet stores and back yard breeders - and at the same time - they've partnered with PIJAC - who ARE pet stores. It just does NOT make sense. And it's got to stop if the organization is going to have any credibility whatsoever. 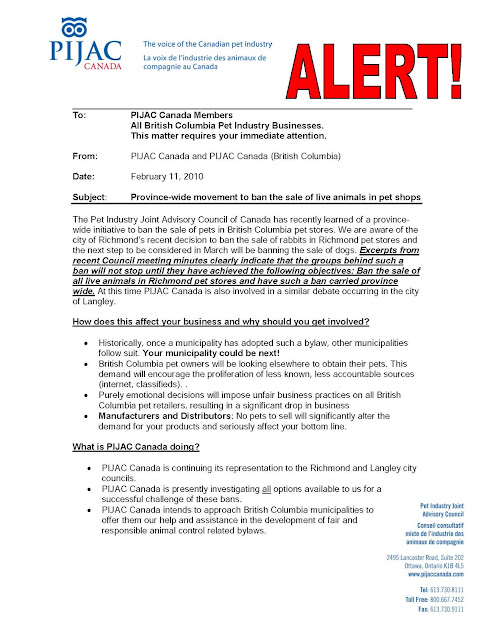 This is a letter on the PIJAC website - and it talks about the possibility of legislation happening in British Columbia - which thankfully DID happen - the city of Richmond outlawed petstores from selling animals - but what did PIJAC think about that?

They said that "no pets to sell will significantly affect your bottom line" - no shit sherlock!  I guess that stores that have historically sold puppy mill puppies would now have to be like other - may I say - highly successful pet stores that don't peddle such misery - and only sell pet SUPPLIES?

This letter on the PIJAC website alone shows what the organization is truly about. 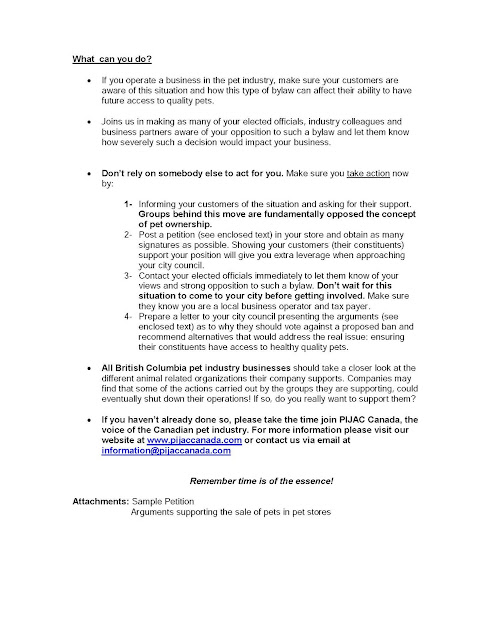 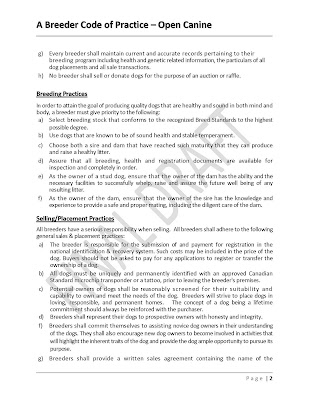