The dogs watched some surfers at the Moose today 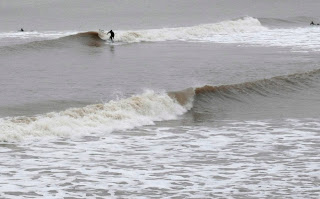 We had to do an errand over in Eastern Passage today, so it was a good opportunity to take the dogs to the beach - and watch some crazy surfers out in the ocean 3 days before Christmas - only in Nova Scotia eh! haha! 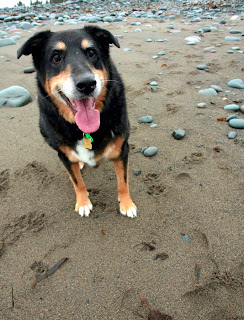 The dogs had a good time - I don't know about the surfers though - it was a pretty shitty day - rainy and cold - and the waves didn't seem all that great, most of the time we were there the surfers seemed to just be having a conversation out on their boards and not doing too much surfing. 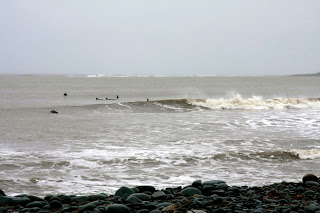 All the waves seemed to be happening about 100 feet away from them while they just sat on their boards - maybe they were just too cold to swin over to the good waves! 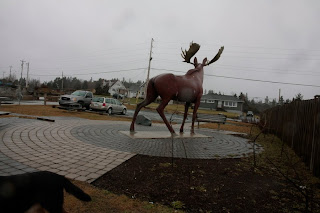 Here is the moose... 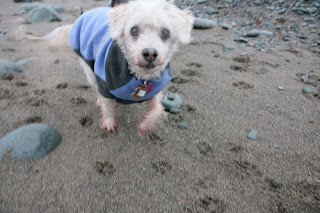 Buttercup was on fire today - running around - 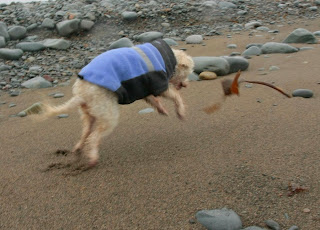 She was even chasing seaweed and acting like a little puppy - she was crazy! 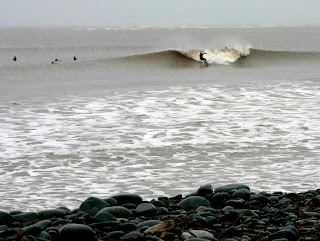 Here is one surfer acting the trooper and going for a wave - what a professional! 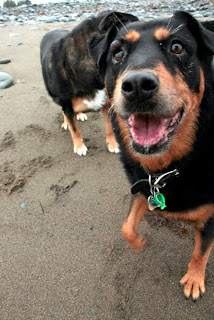 And this is the reason why we made our trip over to Eastern Passage - to give a cheque for $880 to Sonya Higgins - "cat rescuer extraordinaire" and CEO of "Sonya's Cat and Animal Rescue Society" from the "Second Chance - Charity for Animals" that I talked about the other day - so we also got to make someone happy today too - so it was all good - this is Sonya and the cat she named Carter who her boyfriend rescued out of a tree a few days ago - the story was broadcast on Global if you wanted to check it out.
Posted by Joan Sinden at Wednesday, December 22, 2010