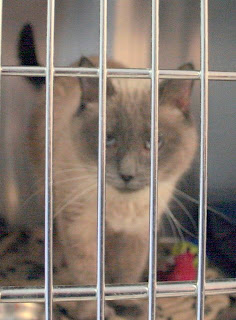 So today me and a couple people has the luck to go on a tour of the Dartmouth SPCA - they've been doing some renovations over there - and the place is looking absolutely fabulous, I've got to say - the physical changes they've made to the building are going to make a lot of difference to their infection control standards for the cats especially - they've got new separate cat rooms that aren't just separated by curtains for sick and healthy cats, sick and healthy animals don't go through the same hallways, they're going to have a meet and greet area for people coming into meet dogs they're thinking about adopting before they take them out for dogs, they've put a new coat of paint out in the reception area, they've got all new flooring in the reception and kitchen area - there's just a ton of great stuff going on - and almost all of it has been donated. 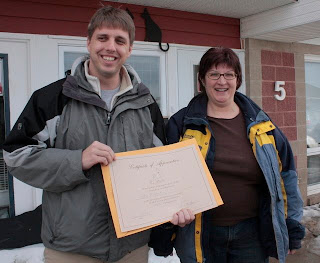 While we were there there was even a lady who came to donate several hundred dollars from her work group - she works at Aliant and they do 50/50 draws and they donate the 50 part to local charities and she won the chance to choose where to donate it to - and she chose to donate it to the Dartmouth shelter - which was awesome! Her donation will pay for so much at the shelter level - everyone was so excited when she dropped it off. 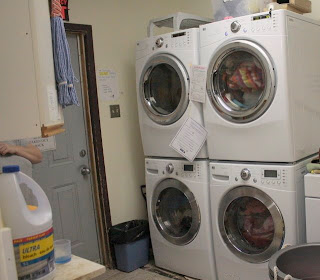 We also went around and looked at the types of things that the shelter looked like they needed on a regular basis. They don't need food - Royal Canin donates all the food they require - but what they do need is washing soap for high efficiency washers - 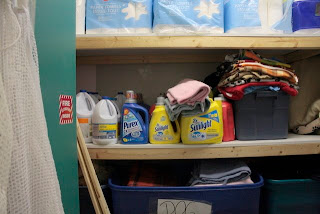 that kind of soap is expensive, and that's the only kind they can use, because that's the kind of washing machines that they have. So they need that donated - and probably bounce would be helpful too. Towels and blankets are also easy to donate. If you have gentle leaders or harnesses - those are good. 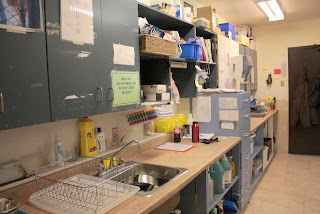 They've also renovated their kitchen area which I'm sure will make life easier for their staff. They removed all the bins on one side that had food and treats so the area's a lot more streamlined and easier to move through, and this area also gives us ideas of things to donate. I see things like Q-tips, whiskas milk, dish soap, printer paper, alcohol, hand moisturizer, single use gloves, office supplies like scotch tape, masking tape, staples, markers, pens.

And talking about the food and stuff - I didn't take any pictures of the room - but they have totally organized a room just for stuff like that now - they obviously either have a staff member of a volunteer who is totally into organization - because they have new shelving, and everything looks really organized and you'd almost think the back area is a pet store and not the disorganized shelter that the SPCA has been in past years. In past years the excuse always was they were too busy "looking after the animals" to do things about the physical space - but I'd bet that the way things are looking now must be having a positive effect on the animals because of the boost in morale on the staff.

Another thing the shelter needs is foster families. If you have space in your home for more animals - dogs and cats - but you don't want a long term committment - you should apply to the shelter so you can help the shelter save the dogs a lot of mental anguish. Today we saw 3 or 4 dogs who were just so unhappy about being in cages - and it would be so unnecessary if there were adequate foster homes. It doesn't take any longer to find perfect forever homes when you have the wonderful resrouces of Petfinder - but it's SO much better for the dogs who can't handle the shelter environment.

Dog walkers too - if you're in the area and you can walk a dog or two - in the morning or around 5pm - walk a dog. It'll make a difference.

Some of the dogs we met today were so beautiful too - 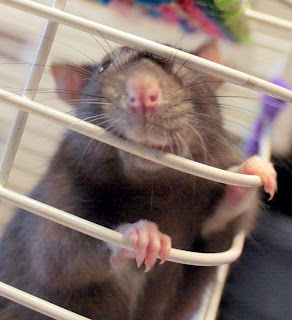 First off though - I have to talk about the 3 rats - if there's any rat lover out there, of whom I am one. I used to have rats, so I love rats. They have 3 rats at the moment, and they're beautiful and friendly, and lovely. 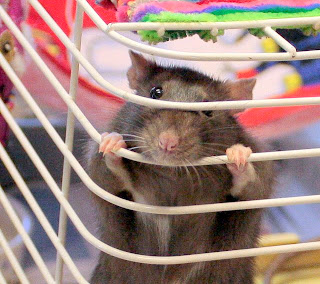 And of course they've got to go together because rats can't live by themself. And I think they're offering an awesome deal on them. 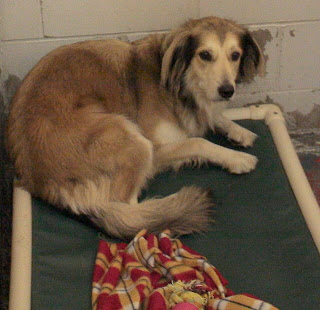 We met Lou - who in her cage is looking awful - so sad and timid - but we saw her outside being walked, and she was transformed, looking happy and hopeful - she's been at the shelter since November - which is way too long - she's such a beautiful collie mix - she really needs to either be adopted or get into a foster home. 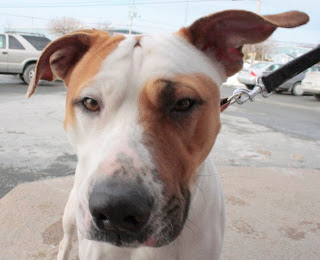 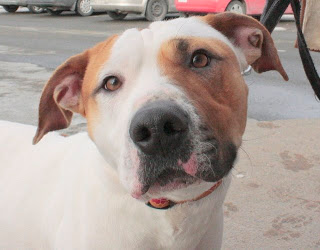 Jacques is such a beautiful dog, isn't he? I also took some video of him which I put in a separate post - he's been at the shelter for 5 months! It's probably because he's really young and he pulls like crazy because he's just so happy to be out - but 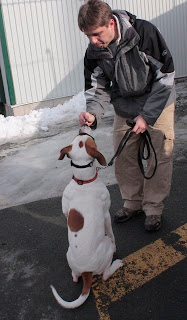 Sean had him doing perfect sits and was laying down - and he wanted to please like there was no tomorrow. He is going to make someone such a great dog - and 5 months is way too long to be at the shelter - he needs a home now. 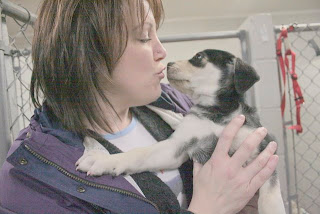 Puppies! This is one of the puppies there - they'll be available for adoption next week - so keep your eyes open if you're looking for a puppy. 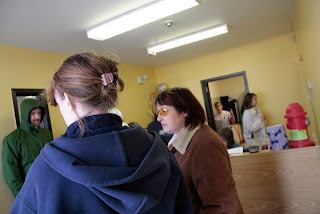 I put these photos and others in a photo album on my Picasa site - I've got a slide show below.

Email ThisBlogThis!Share to TwitterShare to FacebookShare to Pinterest
Labels: NS SPCA, stuff to do coming up