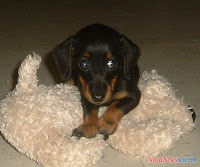 The Nova Scotia SPCA wants the courts to impose a long-term ban on animal ownership in the Gail Benoit-Dana Bailey case.
Crown Attorney Rosalind Michie requested that Benoit and Bailey be prohibited from owning animals when the Puppies R Us duo was found guilty of animal cruelty Jan. 29. The charges stemmed from the October 2007 seizure of sick malnourished pups from their property.

Because Benoit and Bailey’s lawyer, Michael Power was not present in court at the time of the verdict, Judge Batiot said he could not consider imposing the ban at that time.

Crown Attorney Rosalind Michie told the Courier she will be consulting with the SPCA in considering the range of sentence that is appropriate for the pair. They could be fined, they could be prohibited from owning animals—or the sentence could be a combination of the two.

Michie said after the 2007 seizure, Benoit and Bailey were charged with animal cruelty under both the provincial act and federal act, but because the charges were essentially the same, the guilty verdict and sentencing relate only to the provincial act.

This means Benoit and Bailey could be prevented from owning animals in Nova Scotia, but should they decide to move to another province, the ban would not apply.

The couple was also charged Jan. 5 under the provincial Animal Cruelty Prevention Act and the federal Criminal Code. Those charges stem from Benoit’s 2008 sale of pups that died of parvovirus within days, or hours, or leaving her hands.
Posted by Joan Sinden at Saturday, January 31, 2009