There but for the grace of God - goes my little dog Jack.

Today we found out that the NS SPCA has killed at least six or seven of the dogs seized in the Celtic Pets seizure.

Our worst fears have been realized. 3 of these dogs who had people willing to foster them.

Since the seizure I have written posts - where are all the dogs - what has happened to the Celtic Pets dogs? There were 51 dogs seized - where are they. We know where the cats are - they are at the temporary shelter - but where are the dogs? Are they rotting in cages like they were in Port Hastings? Have they gone out to foster homes? Have they killed them all?

Well today we know that six of them are dead. At least.

Pam Keddy said on CTV news that they "felt they were simply unadoptable and they had no choice".

ALL of the Celtic Pets dogs are currently unadoptable. They are part of a court case. They will not be adoptable until the case is dealt with in the courts. NONE of them can be adopted out. They either have to sit in cages some place or be placed in foster homes. And for some reason - the management at the Metro Shelter decided to give six of the Celtic Pets dogs neither of these options. Instead they KILLED these dogs.

Today the transparency at the Nova Scotia SPCA is running red with the BLOOD from the Celtic Pets Six dogs who have been KILLED by the people who made the decision to KILL those dogs.

Are these the ONLY dogs seized at Celtic Pets that they've killed? (And I'll interject here that I am refusing to use the term EUTHANIZE - I do not consider these dogs quietly euthanized in some clean sanitary way - these dogs have been KILLED - they have been denied a happy life)

We do not know. The people want to know.

And at this point - I think that the Nova Scotia SPCA should tell the public - give a full public accounting of where ALL the Celtic Pets dogs are.

I can for sure tell you where ONE of the dogs are. Jack - who was taken from Alice MacIsaac's house - is sleeping BLISSFULLY under my computer table at this very moment. Where he belongs - and is living a life that EVERY dog deserves to live. And where all of those DEAD DOGS deserved to have lived.

Even if - as they've said - 2 of those dogs were ill - don't you think they deserved to have lived a LITTLE TIME on someone's living room floor in a dog bed - rather than their last days in a cage at the Dartmouth Metro Shelter to die on a table without EVER SEEING ANY HUMAN KINDNESS? PLEASE TELL ME - DON'T YOU THINK ANY ANIMAL DESERVES MORE THAN THAT?

The dogs who were killed by the Nova Scotia SPCA were: 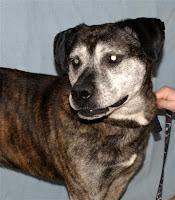 Zeus - who lived in a cage at Celtic Pets for 3 years - Zonda MacIsaac lied to everyone in the rescue community about Zeus - he was on the Celtic Pets website for 3 years - but she told people he was in a foster home - when in fact he was living in a cage. When I first wrote about the Celtic Pets atrocity - the thing that I apologized to - was Zeus - because he'd been left to rot in a cage.

Well now we've ultimately let him down. He came to the Metro shelter on February 2nd - and rotted for another THREE MONTHS and then was KILLED. He never saw the light of day. Never got to go to the beach. Never got to sleep in a bed. Never got to go for a run in the woods. Never got to be a dog. And now he's dead. DEAD. And Zeus actually makes it SEVEN dogs who have been killed that we know of. Zeus didn't die this week - he actually died at some point in the last month.

For why? Who made the decision? What qualifications did that person have? Was the decision made by one person? What was the temperament test used? How many times was it given? Under what circumstances? How many chances was he given?

These are VERY IMPORTANT QUESTIONS. Temperament tests are very important. Under WHAT CONDITIONS were the staff bitten. What kind of training do the staff have? How do the STAFF FEEL about the dogs being put down? Were they part of the decision making process?

How can we find out? 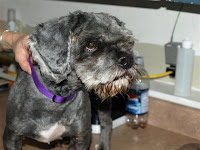 Charlie - was the little black dog who was trying to bite through the cage to get to the camera man in the video footage - and was also called "Scupper" on the main page of the NS SPCA website. 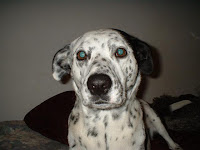 Dottie was another dog who had a foster home willing to take him. She did NOT have to die. She did not need to be in a cage. 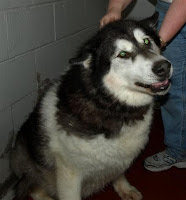 From the day of the seizure everybody could tell that Brea was in a lot of pain. Some dogs SHOULDN'T be left to suffer when they are in physical pain and they are sick. For compassionate reasons - it's better to let them go - but DON'T leave them for 3 months in a cage at the Dartmouth shelter. Let them go live on someone's living room floor and have a little time on a dog bed being fed good food and given some love. Why did it take the shelter 3 months to kill her? Why? 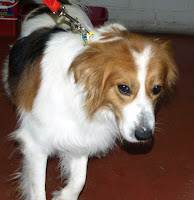 We may never know why Buddy Damien and Rex were killed - in the absence of qualified temperament testers, decisions being made based on dogs that have severe kennel stress because they've seen nothing but the inside of a cage for years - how will we ever know what kind of a life these dogs could have had? 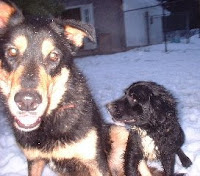 What kind of dog could Rex have had? Look into this dogs eyes? Did he really deserve to die? It's too late for him now.

And I can tell you I am quite sure that my Jack would be dead today. In the condition he was in when he arrived at the Dartmouth shelter - and when he came to my house - he was food aggressive, dog aggressive. And Pamela Keddy wanted him returned to the shelter immediately - SIMPLY BECAUSE IT WAS ME WHO HAD HIM. She would rather have had him live in a cage at the Dartmouth shelter than him be in a loving home. So that he could regress to a point where they could reliably kill him. And today I can bet you that he would be as dead as the Celtic Pets Six.

The games are over. The little mind games about personality disputes are over. Lives have been lost. There are serious questions that need to be answered.

The time of reckoning has come.

From CBC News it has just come out -

NOVA.SCOTIA (CBC) - Six of the dogs seized from an animal shelter in Cape Breton three months ago have been put down, an animal-welfare group says.

Nova Scotia Society for the Prevention of Cruelty to Animals president Pam Keddy said four of the dogs had bitten staff and another two were too aggressive.

"We have to take our staff's consideration first and foremost because we are employers. This was not an easy decision, but it was a decision made by our shelter staff, as well as our attending veterinarian and our investigator," Keddy said Friday.

The dogs were among the dozens of animals removed from Celtic Pets Rescue near Port Hawkesbury in February. The SPCA called it one of the worst cases of neglect it had seen.

Zonda Lee MacIsaac, owner of Celtic Pets Rescue, is upset that the six dogs were destroyed. No one contacted her about the special needs of the animals, she said.

"They took them and they put them in another environment with a bunch of different people. They had them in limbo for three months," MacIsaac said.

MacIsaac and her mother, Alice MacIsaac, a former SPCA special constable, are facing four charges each under the Criminal Code and the Animal Cruelty Act.
Posted by Joan Sinden at Friday, May 09, 2008