What does the Animal Cruelty Appeal Board Have to Hide?

Back in 2008 the animal welfare world in Nova Scotia was in shambles.  The Nova Scotia SPCA at the top was completely corrupt - there was collusion within management to protect people within their ranks and within the rescue community who had been hoarding and abusing animals for years and in that year everything collapsed and it all came out in what came to be called the "Celtic Pets fiasco".

After that everything changed - there was a coup at the NS SPCA and a bright new shiny management took over, animals stopped dying, and the Department of Agriculture changed legislation so that hopefully the absolutely horrific things that had happened would never happen again.

One of those things was the institution of an "Animal Cruelty Appeal Board" - a place where a person could apply to when they'd had an interaction with the NS SPCA and had their animals seized - and they thought that it had been done unjustly.  It took several years to happen - it didn't happen until 2011. You can read the Adjudicative Board Selection Criteria here.

At the time people in the Animal Advocate community thought it was a good idea because we were still pretty burned out on the NS SPCA - we had seen how corrupt the organization could be and we thought it was good that there was an extra layer of accountability.

Since 2008 the NS SPCA has done nothing but improve until we've come to today when it is probably one of the best animal protection organizations in Canada - it has a zero tolerance policy for animal cruelty and "sets the example for animal care in the province of Nova Scotia".

On the animal protection side - the enforcement of the Animal Cruelty Act in the province - it was only a few years ago that they only brought a few charges a year because they only charged people that they had 100% chance of winning because they felt that they didn't have the funds to actually bring charges on cases they didn't have 100% chance of winning - but that isn't the case anymore.

You would think that the members of the Animal Cruelty Appeal Board would agree with everything that I have just said.

Today I tried to attend a hearing of the Animal Cruelty Appeal Board in Windsor - and was turned away. 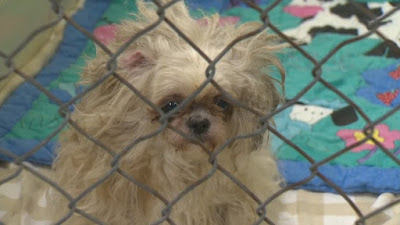 It was for a hearing of the 6 dogs that were seized a couple weeks ago - those dogs that were in the news - you might remember them - they were all over the news here locally.  The breeder was charged with cruelty to animals this past Friday.

I was turned around by the head of the appeal board - Veterinarian Trevor Lawson because he said the public was not allowed to attend these hearings because they are "semi-judicial".

When I search the internet though - I came upon a file called "GUIDELINES RE: MEDIA AND PUBLIC ACCESS TO THE COURTS OF NOVA SCOTIA" and it says the following:


"the general rule in Canada is that trials are open to the public and may be reported in full. By enabling the public to attend court proceedings and allowing access to court documents relating to trials, we educate our citizens about the law and enhance their confidence in the fairness of the legal system and the way it operates."

That sounds pretty counter to what Dr. Lawson said to me when he put me out of the Appeal Board hearing today - so I have no idea what he didn't want me to hear at the hearing.  What did they have to hide?

I was told by a member of the NS SPCA that I would be allowed at the hearing.  They were very worried that the results of this hearing were going to result in the return of this man's dogs to him.

I asked Chief Inspector Joanne Landsburg for a comment on me being put out at the hearing and she replied:

"I was shocked that they asked you to leave the hearing. It was my understanding as our lawyers that the hearing was a public hearing and therefore open to anyone who wanted to sit in.

When we had the appeal for the dogs seized from North Preston there was a large audience in attendance. It is my opinion that these hearings have a huge public interest and should be open to the public.

The SPCA must be held accountable for their actions and therefore an appeal board is necessary to uphold their accountability. It is also important for the public to know the challenges the SPCA face when it comes to seizing animals and allowing the public access to a hearing as such is fair in my opinion. "

I have also contacted the Department of Agriculture - Minister Keith Colwell's office - for direction from his office - as to why I was not allowed to sit in on the Appeal Board's hearing today.

I have also asked for copies of previous Appeal Board decisions - I want to know how many animals that have been returned to owners because of their decisions - and why they were returned.  I have a lot of faith in the Nova Scotia SPCA and the reasons that they seize animals - and I want to know how many animals have been returned to their owners because of this Appeal Board.

I believe like all Court Decisions in Nova Scotia - these decisions are public documents and they should be made available to the public.  If animals are being made to suffer because of the decisions of this Appeal Board - and the work of the Nova Scotia SPCA is being undermined - then the public needs to know that - and the Department of Agriculture needs to do something about it.

Just like in 2008 when things changed drastically - we may be at another crossroads in the work of the Department of Agriculture and the work they are doing to help the animals of the province of Nova Scotia - and it is through public knowledge - just like in 2008 that it's going to happen. 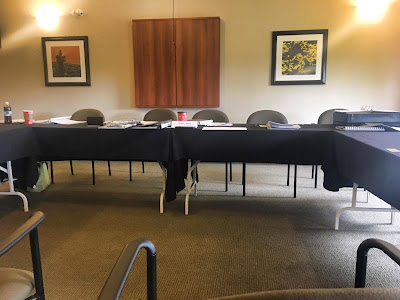 
And one last thing - who does this board report to?  If they return animals to a person who is actually causing distress to a dog and the dog is being abused - and the NS SPCA was correct in seizing the dog - what redress does the NS SPCA have? 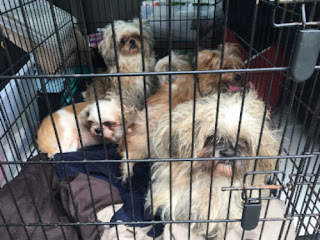 Next Posts in this series