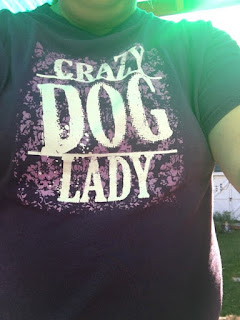 So I have been spending quite a bit of time on the internet. So I've had an interesting day.  The dogs have had a pretty boring day unfortunately but my day not so much.

I've been digging into all things legal in the province of Nova Scotia when it comes to the court system and access to it and whether or not the public should be allowed to know anything about it - and even though the Animal Cruelty Appeal Court thinks that what they are doing never should see the light of day - guess what - I am quite sure they are wrong.

And if people haven't learned anything - they should never come up against a crazy dog lady.

The corrupt SPCA learned that in 2008 - if you were around at that time - you will know that I did not give up and you will have a smile on your face thinking back to that time - and if you weren't around and involved at that time - and you are going to be affected by all of this - you are going to learn some lessons - hence why the title of this blog posts is entitled "post #1" - there will be more posts to come until the outcome is one that is positive to abused and injured animals of Nova Scotia.

For some reason the Animal Cruelty Appeals Board here in Nova Scotia does not want any of their decisions or board hearings to be made public at all - they don't want any information that happens there to get into the public at all.  It makes no sense.

When the NS SPCA seizes a companion animal - they do it for a reason - because an animal is in distress.  Not for any other reason.  They have a strict set of guidelines to go by - and most times they charge the person with cruelty to animals.

When they charge the person with cruelty to animals there is always a many months lapse between the charge and court date - for instance the breeder in the case from Monday - David Sinclair - doesn't have his court case - until October 3rd.  And when that court case happens - we will all be allowed to attend that hearing because it's open to the public - so we'll be able to hear all the gory details about he treated the six dogs that were seized.

Why can't we hear any of the gory details from Monday's hearings? What's so special about an appeal board hearing?

It operates under Provincial Legislation just like the Courts of Nova Scotia do - there is no difference even though it's not a judge presiding over the Appeal Board.

Adjudicative ABCs are quasi-judicial bodies that make decisions about the legal rights, liberty and security of individual Nova Scotians. Members of adjudicative ABCs consider evidence and apply legal rules in order to decide cases brought before them.

This board pays $150 a day stipend and the chair (Trevor Lawson) makes $200 - this is TAX PAYER money - so we are paying these people to do their work completely behind closed doors.

The make up of the committee is:

As I wrote in last night's blog post - the court's of Nova Scotia are supposed to free and open to the public.

"In the darkness of secrecy, sinister interest and evil in every shape have full swing. Only in proportion as publicity has place can any of the checks applicable to judicial injustice operate. where there is no publicity there is no justice. Publicity is the very soul of justice. It is the keenest spur to exertion and the surest of all guards against improbity. It keeps the judge himself while trying under trial."

That is so good.

It came from a paper on the British Columbia government's website that is just a treasure trove of good links and references - it gives a reference to a court case here in Nova Scotia - it says:

"In Attorney General of Nova Scotia v. Maclntyre, Dickson J. for the Supreme Court of Canada, held that there is a strong presumption at law that judicial hearings are to be open to public scrutiny." - so I looked up that court case - and it's when the journalist Linden Macintrye from the CBC tried to get a search warrant and he was denied access to it so he took the courts to trial - and guess what -- he won - because why?

Because "court records (are) available for examination by members of the general public."

"It would seem therefore, that an administrative body exercising a quasi-iudicial function should be susceptible to the presumption put forward in Attorney General of Nova Scotia v, Macintyre, supra.

Dickson J. quoted the arguments of British philosopher Bentham to support this presumption:

"In the darkness of secrecy, sinister interest and evil in every shape have full swing. Only in proportion as publicity has place can any of the checks applicable to judicial injustice operate. where there is no publicity there is no justice.

Publicity is the very soul of justice. It is the keenest spur to exertion and the surest of all guards against improbity. It keeps the judge himself while trying under trial." 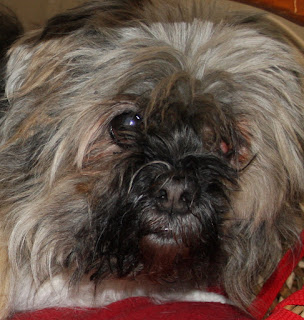 There is no legal reason why the Animal Cruelty Appeal Board is a secret government organization that has no transparency or accountability to the tax payers of Nova Scotia - they the people who have paid $257 to this board to have their seized animals to have them returned prior to their court cases rather than waiting until their court cases for their cruelty charges - is not a good enough reason for the total blackout.

It makes no sense at all and the tax paying animal loving people of Nova Scotia deserve accountability and transparency on this issue.

Other posts in this series:

What does the Animal Cruelty Board have to hide?