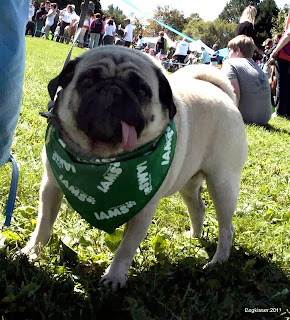 If the number of people at the HRM's NS SPCA Bark in the Park indicated whether or not the event was a success - I'd say it was the best ever - because I've never seen so many people at an SPCA event before - there were cars parked up and down the road outside Africville Park (Seaview) - and the park was chock a block with people. It was amazing - and heartening to see. 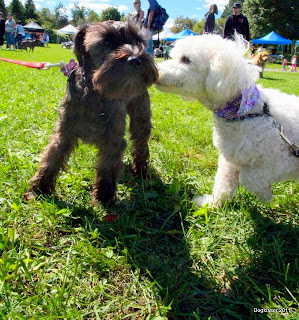 The SPCA has really got the event figured out I think. 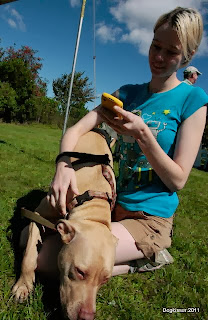 THere are events for people to get involved in - a dog show for things like cutest dog, biggest dog - a little competition for people to get involved in if they want to win prizes, there's a vendor alley where companies can sell items and they also give stuff away - which is really good - for the public, and also people like me who love to go to events like this and spend money - I bought a few things - a new leash, a first aid kit and bag, a hankie - and there were also freebies to be had.

I also learned something new and SO VALUABLE to know. In Nova Scotia - if a disaster were to happen and you had to evacutate - you never have to evacuate without your pets.

Because the organization DART NS exists - you can always evacuate with your pets - one space is set up for the human evacuaees to stay at - and DART NS opens up another space for their pets. 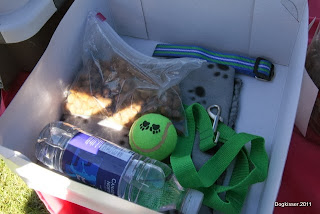 These are packages they called "comfort kits" that they give out to people who have evacuated with their pets - they have one for cats and one for dogs - it has the necessities of home that people may have left behind.

I also love the fact that on their promotional literature they come out and say to not leave their dog chained outside behind - that it's a death sentence - it's great that they say that. 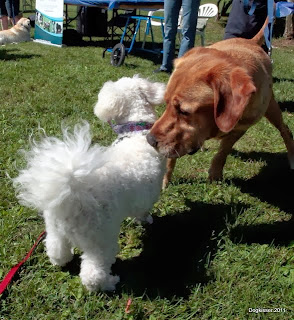 Bubby is so awesome - his dog skills are super - here he is with a drug detection dog - and Buddy has the dog on a really tight leash and his dog is being really intense with Bubby - and Bubby is being really appropriate and cooling things off - even though he's just a little dog and the other dog could kill him with one bite. I love the way Bubby interacts with other dogs. 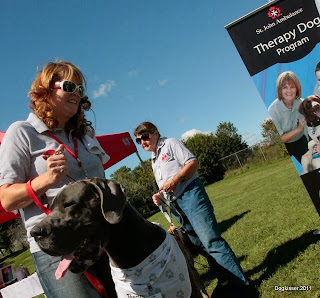 As usual the Therapy Dogs were at the event, and they had a full contingent there today with a beautiful big great dane showing what a good boy or girl he or she was 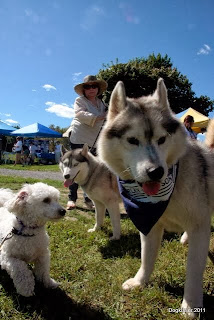 Bubby saying hello to a pair of huskies 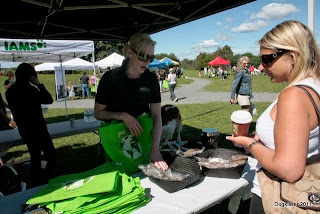 I'd say that Pet Valu were sponsors of the event today - they didn't have anything to sell and were just giving a few freebies away - hopefully next year they'll have some stuff there that we can also buy - it was the Lacewood store that was giving free stuff away, which was great of them to do. 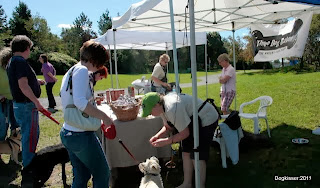 Three Dog Bakery has been a long time supporter of the SPCA's dog jog - they've had a table at everyone since they opened 4 or 5 years ago - and I've got to say - they make yummy treats for dogs, and I know - because I've tasted them! I like Three Dog Bakery - they really do make good treats and give back to the local dog community. 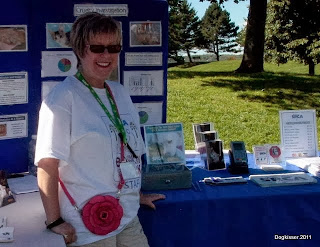 Here's a couple shots of the SPCA's booth - here's a happy lady because I'd just bought tickets on their basket that has $100's of dollars worth of excellent stuff in it and tickets are only $5 for 3 tickets! 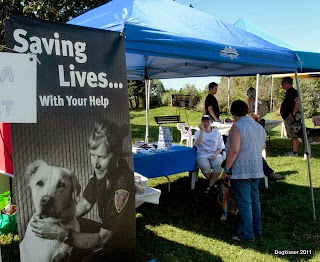 A long shot of the booth - they really do a good job with education at their booth - I think they take this booth on a road show, which I'm sure does great things across the province. 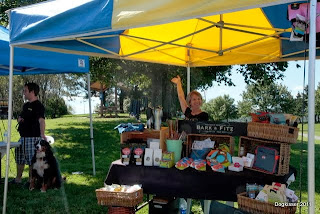 Lastly is my best shot of the day - Christine Greening from Bark & Fitz - who had wonderful stuff to sell - so I was very happy at her booth! haha! and I was happy to spend money there too! I bought a bag that is also a first aid kit for when you're out being an urban dog trekker - it's called a "pet portables" bag and I've been lusting after it for awhile so I finally bought one today.

If there was an award for it - Christine would win the perkiest pet store owner award year after year - hands down!
Posted by Joan Sinden at Saturday, September 10, 2011