Is Bubby a sign of things to come with pet stores not selling puppies anymore? 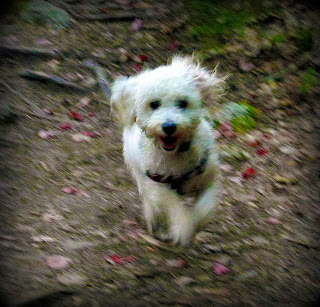 It is what we've been working towards for years - here in Atlantic Canada - Pet's Unlimited have stopped selling puppies, and throughout Canada, their affiliate chain PJ's Pets - are also going to stop selling puppies as of September 1st.

It is a huge breakthrough and shows that the public does have the power to change long ingraine business practice. It's totally awesome.

I have been saying for years that pet stores selling puppies is a business model that is completely unnecessary - Global Pets have proven that you don't need to sell live animals to be a highly successful pet franchise, and it seems that the Pets Unlimited company has finally realized that the common person on the street has learned that the puppies in pet stores DO come from unhealthy places - the parents of those puppies are suffering, their genetic heritage is very flawed - and it's not a good deal in any sense.

Pet's Unlimited has always says they get their puppies from "reputable breeders - but that is absolute twat. Chapman kennels up in New Brunswick used to supply the company before they shut down - and we all know what that "breeder" was like - and in an article in the Cape Breton post "Nova Scotia SPCA executive director Kristin Williams told the CBC that one of two “mass breeding facilities” under investigation in Nova Scotia is shutting down because it supplied Pets Unlimited with puppies and will lose that business."

Kristin goes on to say something rather troubling, but it's for a different post - Williams differentiates between “mass breeding facilities” and “puppy mills,” but the distinction is somewhat obscure."

So suppliers to Pet's Unlimited are under investigation by the SPCA - that doesn't really sound all that warm and fuzzy to me - and for the rest of of the suppliers - the ones who aren't shutting down - what are they going to do?

Now though - we're living in the age of Kijiji - and the puppymillers can sell their product very easily straight to the public - without needing the clean face of the pet store anymore.

The problem is though - the market is flooded now with cute puppies - and they are all hidden in basements, in barns, at the end of very long roads - tucked way, way away - instead of behind acrylic glass at a pet store - getting one day older every day and a little less cuter as each of those days go on.

I would like to put my dog Bubby out there as a symbol of what we might be seeing in rescue more and more in the future - a very cute, 9 month old dog who is super well socialized to other dogs - and absolutely terrified of humans - because for the first six months of his life - he was at a puppy mill - and never saw any humans.

The puppy mill owner was not successful in selling all the pupppies from Bubby's litter - so the puppies lingered - and as they did, they became more and more damaged - puppies need to have certain socialization.

He didn't have the slick marketing tools of the pet stores, the instant gratification of people going in and going goo-goo-gaa-gaa through the glass - which is what had successfully sold all his puppies for the previous "41 years" - now he's having to hoof it all on his own - and it's proving to be a tough job. 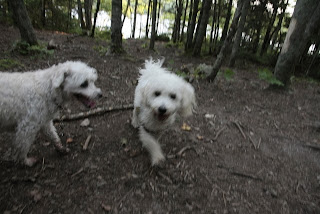 I know this - because I know the name of the "kennel" where Bubby came from, and about a month ago - I saw their ad advertising new puppies on Kijiji - so I answered the ad. And to my horror he wrote back to me and said - " The puppies sell for $800.00 and the buyers must sign a non breeding agreement, I also have a couple of male pups that were born on Nov. 28th. and I am going to sell them for $400.00, without the papers."

So that means that they still have puppies there as old as Bubby - who have had no interactions with humans whatsoever - that they're going to sell to some unsuspecting person - and they think that person isn't going to have a problem?

So we now have all these puppy millers across Canada who sold their product so easily to pet stores - who will now be pushed on to use Kijiji to try and sell their animals.

They no longer have their brokers anymore - their middle men, and things are going to become a lot more difficult.

And it would seem that it's still going to be the puppies - and the humans who buy them - who are going to pay the price unfortunately.

It was back in November 2006 that Advocates for Responsible Pet Ownership held our first protest outside the Pet's Unlimited store in Bayer's lake here in Halifax - and it was a huge success - and even at that time we were blown away by the amount of people who already knew about where puppies in pet stores really came from.

Now ARPO has got some more educating to do - about the evils of Kijiji.

And it's going to be beautiful, perfect little dogs like Bubby who will provide us with the fodder for education. 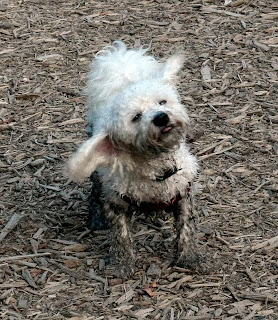 I had really hoped that I'd get an "easy" dog this time - but I guess we really do have things happen in life for a purpose - and there is a reason why I got Bubby - so that he can be a voice for all the puppies who are going unsold in puppymills everywhere - and what's to be done about them.