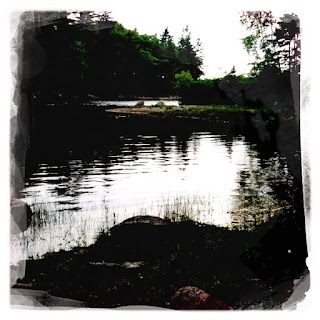 Now that I've realized that Bubby likes the water - I'm going to walk the dogs over to Long Lake - which is actually only about a 5 minute walk from my house. The access part that I'm close to is a part that no one ever goes to and is absolutely beautiful 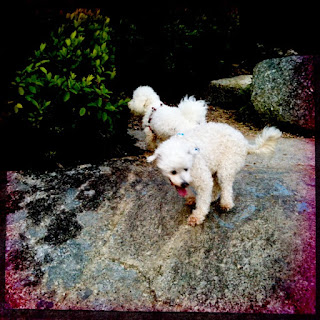 It's a shame I never really walked this way before with Charlie and Daisy - they would have loved it here. 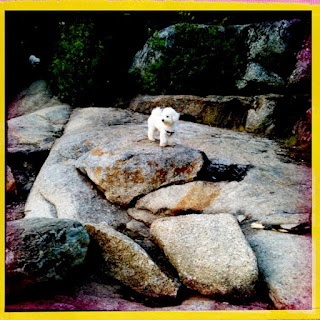 And Bubby continues to beguile and amaze me - when I used to walk in the woods with Charlie Daisy and Buttercup - I never worried about getting lost - I always used to just follow Charlie - he always kept us on the path, even when I couldn't see a path - he was always able to get us out of the woods somehow, and when he died I said to him - "how am I going to be able to go into the woods without you?" 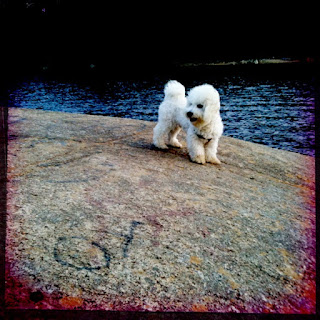 And I think he has chosen his replacement wisely - last night when we were walking out towards the road and I had both dogs on leash - I suddenly realized I couldn't see a path - and I also realized - that I was blindly just following behind Bubby - and he knew where he was going - and within seconds - a path had magically appeared.

I have to say - he is awesome off-leash, always checking in, coming back to make sure that I am where he thinks I am, he never leaves my sight, just bounces all around me - he is such a joy. Really a perfect little dog. 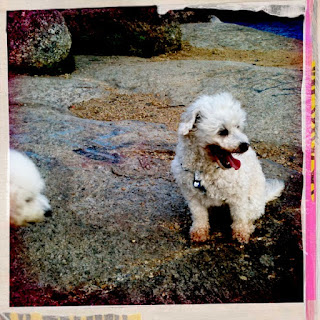 Except for pissing and shitting inside the house - he's perfect. But Daisy used to have one shit inside the house everyday for the first 2 or 3 years she lived with me - and it wasn't because she wasn't house broken - she just shit because she wanted to. If I was home she wouldn't shit - but whenever I went out - she'd have a nice steamy one in my spare bedroom - and she used to mark with shit. So it was an adventure taking to someone else' house!

One time I took her to a friend's house and she ran right upstairs into the person's bedroom and took a shit on their bedroom pillow. I guess maybe that was the stinkiest place to shit in the house. Daisy was such a beautiful dog. She always knew just what she was doing. She was also one of those dogs who'd back up as far as they could manage next to a tree and shit on a tree.

I think we're going to spend a lot of time at Long lake - when I look at it on Google Maps - there's a lot of places to go from the entry point we went in last night - I'll just have to keep my eye out for leeches.

I have an eccentric fear of leeches. So if you hear someone screaming at the top of your lungs in Lower Sackville? It's me screaming from the middle of Spryfield because I've seen a leech.
Posted by Joan Sinden at Tuesday, July 12, 2011