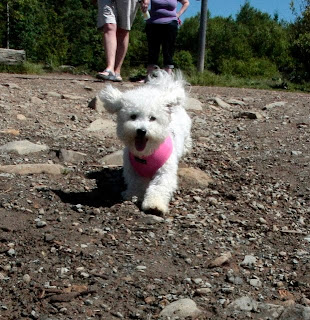 Today me Buttercup and Bubby went over to Shubie Park in Dartmouth where there was a combined Pug Pals of HRM and a Boston Terriers of HRM get together that was being held at the off-leash beach section - and it's safe to say that Bubby and Buttercup had a fabulous time. 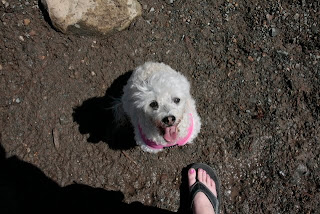 I learned something very important too - Bubby likes to swim! He is the first dog I've ever had who will go in the water so this is very exciting for me - I love going to the beach and going to lakes - so it's wonderful that I finally have a dog who likes going in the water. 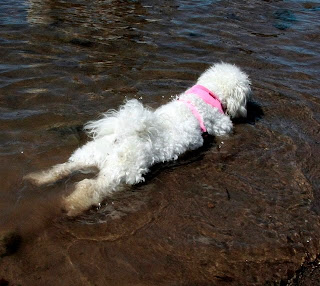 Bubby was so cute swimming around - he jumped right in with no prompting whatsoever - at the end of this post is about the cutest video you'll ever see - in my opinion anyway! This picture here is before he actually started swimming - this is where he laid right down and got his belly wet - this was also terminally cute. 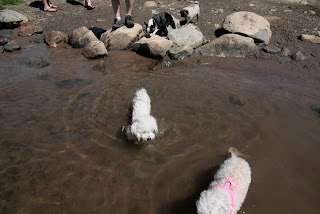 This is where he was about to go in over his head - at one point I thought Buttercup was going to go in swimming too - I think I would have had a myocardial infarction if she had gone in too.

This little guy totally unimpressed with being asked to go swimming! 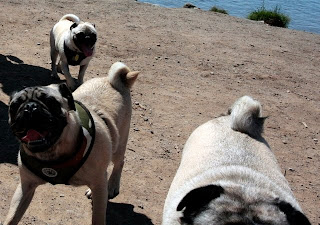 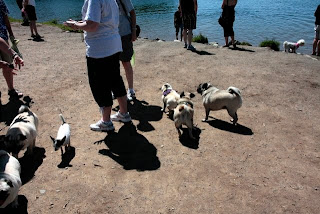 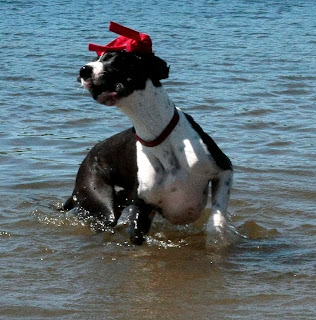 This very happy great dane was having a great time with his kong wubba in the water. 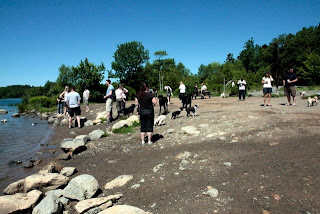 A long shot of some of the frivolity

Email ThisBlogThis!Share to TwitterShare to FacebookShare to Pinterest
Labels: Bubby, stuff to do coming up, Walks