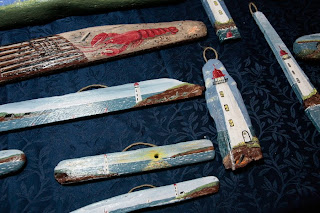 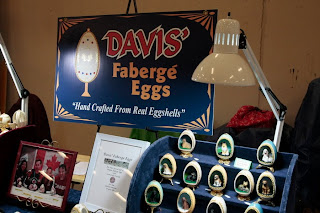 I bought something from this very neat vendor "Davis' Faberge Eggs" - their email address is davissfabergeeggs@ns.sympatico.ca - they make and sell really neat things made from goose, finch, ostrich - all kinds of eggs that they intricately clean out and turn into really beautiful objects - and they also make the above painted things - which is what I bought - But I was really impressed with these hand painted and made eggs - they don't have a website - but they said they come to the craft shows at Christmas time here in Halifax - so you should definitely check them out - aren't these neat? They are from Sydney. 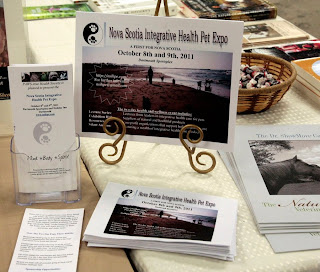 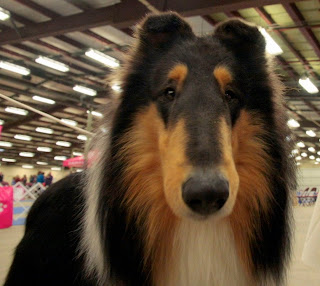 This beautiful collie's name was Corey 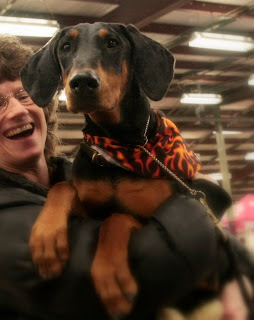 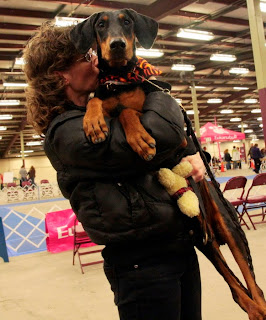 I think that she's a pretty pampered dog 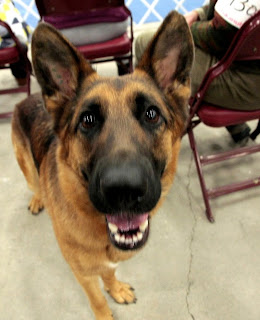 This dog's name is Gidget from New Brunswick She didn't win in her group - but I think she should have - I thought she was the best dog there - she was definitely the most photogenic! 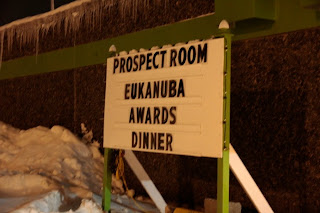 Then last night me and my friend Maureen had tickets to go to the Eukanuba First Annual Awards of Excellance out at Exhibition Park - and we had an excellent time - the food was fabulous, there was lots of nibblies, and there was lots going on. 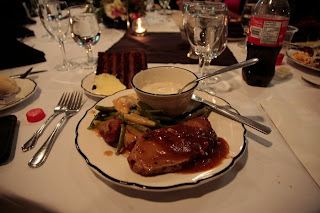 Even the drinks were free - and we also got a "swag bag" from Eukanuba that had a couple neat things in it - by the end of the evening I almost wanted to become a CKC breeder. 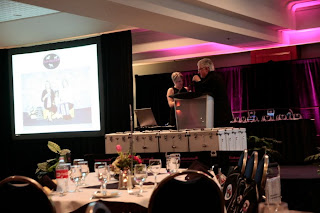 Especially when I saw the awards that were given out - and that they not only got an award - but they also got a metal gear case - AND a fancy chair! They are so lucky. It is wonderful for Eukanuba to recognize responsible breeders, handlers, and dog fanciers - it would be great if an organization would do something like that for the rescue community. 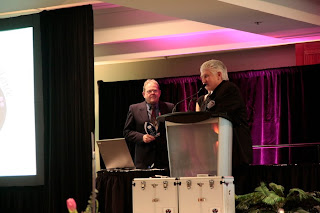 Walt Norris won in the category of "dog person of the year" category - I had been interested to see who would win this award because I was wondering who the purebred community would consider to be "the" dog person in Atlantic Canada - it made me think back to when the CKC would say that "they" were the voice of the Canadian dog owner - and that made me think to myself that they certainly didn't represent me.

From what I read - they made a good choice Walt Norris has been in the dog community forever - he's been in Halifax Kennel Club for a long time - he's served on the SPCA board - he's taken pictures at the Kennel Club shows - he's been everywhere, done everything - so he really deserves the "dog person of the year" - so it's fabulous when a person gets the recognition that they're due.

So I think that Saturday was a good day for the Halifax Kennel Club and Eukanuba. And Charlie and Daisy got their bellies full of pork and chicken at the end of the day too - so a good day was had by all! haha!
Posted by Joan Sinden at Sunday, February 13, 2011