So Gail Benoit is in the news again this week - she's sold (allegedly) a couple of puppies that were the wrong breed that she said they were, they were too young, and one of them was sick.

Their stories were interesting enough for CTV news to pick it up and do a story on Monday night.

When I was watching it for some reason I felt compelled to keep a running commentary along with the narrative of the news story, because the puppy buyers' stories were so typical of uninformed puppy buyers.

Here's some of what was said in the story - 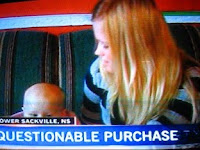 Never buy or acquire a puppy or dog for a child under the age of at least 6. It really shows that these parents don't really know what is going to happen in the next 2 to 3 years of this poor dog's life. Chewing, nipping, puppy adolescence, house training - baby crawling on floor and the puppy peeing on the floor - parents freak out about baby walking through pee - what is going to happen to puppy? 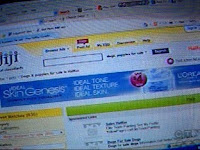 "she found an ad for a one year old husky mix online on Kijiji" - MISTAKE #2 - Kijiji is just about the WORST place to get your companion animal. Predators and puppy mills have found the PERFECT place to hide on Kjiji.

I have written so many posts about this - and everyone who has websites and blogs whho writes about puppymills, back yard breeders, and puppy brokers have written ad nauseum about this - I really have no idea why so many people don't know this now. 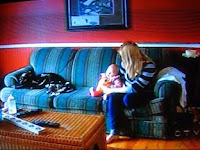 "She picked the puppy up about 3 weeks ago in a mall parking lot" - MISTAKE #3 - see above. 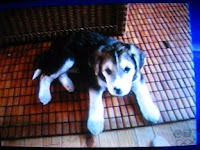 "within a couple days she said there were health issues, he's had diarhea, he's been dewormed 3 times because he's had such an excessive case of it, Crane says he's also had problems with his hind legs and the vet bills have tallied up to about $400 - When you buy a puppy in a parking lot from an online website - and you feel uncomfortable and get a bad feeling from the person you bought it from, you didn't sign any kind of contract, and there's no way you can follow up or ask questions - you can pretty much guarantee that when you get home - that little guy is going to get sick.

And the fact that his hind legs are starting to bugger up means that you're going to have problems his whole life - either his hips are bad or his ACL's are going to pop - but you're going to be spending 1000's of dollars - that dog's got some bad genes. And unfortunately he's in pain. 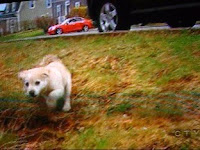 Vanessa Comeau said she thought she was getting a husky mix and ended up with a puppy that looks more like a lab - Yes - this little guy looks pretty much like a yellow lab, doesn't he. 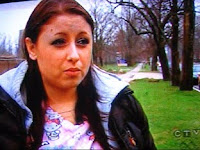 "the broker dropped the puppy off at her house" - Gail Benoit did this because if you would have gone to her house you definitely would not have bought a puppy from her! 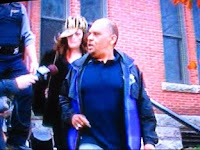 Jackie Foster finished off her piece by saying that Kjiji Canada told her that - "Anyone who sees something questionable on Kijiji should contact Kijiji Canada."

So - if you happen to be surfing Kijiji and you see an ad that doesn't sit right with you - report it. You may save a family a lifetime of heart ache.

That's because not only are people like Gail Benoit and Dana Bailey selling their product there - and they've said over and over that they refuse to stop selling puppies - but because people who try to come off like they're actual BREEDERS sell their junk on Kijiji - and it's impossible to tell what's what when you're dealing with an online marketplace.

Take a place like "Valleyview Canines" for example. They used to be called "Joe and Nan's" something or other until someone built them a fancy website within the last year. Now they're in big business.

They look like they're a proper kennel - they have "available puppies", and a "guarantee", and a section about "puppy care" - but what you don't see -

THESE are the kind of "breeders" that you'll see advertising on Kijiji.

And any responsible breeder who wants to be putting their ads next to Gail Benoit and these kinds of "breeders" on Kijiji - really needs to have their heads examined.

Kijiji says that they won't take down ads selling live animals because it's not fair to the marketplace and the people who sell animals - yet starting in March, 2010 - they stopped allowing ads that put up pit bulls for sale - you can read it in a post by a kijij moderator - it says -

"Following extensive consultation with animal welfare organizations and municipal animal services, effective today, Kijiji will only accept pit bull and mixed breed pit bull ads from shelters across Canada. Pit bulls are currently prohibited for sale in Ontario and Winnipeg, but legal in the rest of the country. However, this particular breed encounters unique issues and for a variety of reasons, there is currently an overpopulation of pit bulls. Animal shelters are having trouble keeping up with the increase of pit bulls they receive in their care, which is stretching their resources at the expense of other animals.

Kijiji is the #1 pets trading site in Canada and by facilitating the trade of pit bulls, Kijiji contributes to the current problem. By only allowing certified shelters to advertise pit bulls and mixed breed pit bulls for rehoming, we will no longer encourage the breeding of pit bulls.

We will start removing pit bull and mixed breed pit bull ads from Kijiji this week, coast to coast, leaving only ads from shelters (in those parts of the country were pit bulls are legal). When advertising for pit bulls, a shelter must indicate their address, phone number and if they have one, a URL of their shelter. Legitimate pitbull rescue groups that are unable to meet this requirement should make arrangements with a bona fide shelter near them to post ads on their behalf. Shelters in Ontario who are offering grandfathered pitbulls should be sure to include the dog's age and spay/neuter status."

That just blew me away when someone sent it to me. Such bullshit. If you're going to do it for pit bulls on Kijiji - you should really do it for all dogs - imagine what that would do the back yard breeders and puppy mills if their online business was taken away - they'd find some other online forum - but it'd be a bit tougher for alittle while.

Long story short, it really does seem like you have to talk to every individual person and look him in the eyes and tell them where puppies come from when they buy them at pet stores and in parking lots and the truth about puppy mills and dog brokers - but a problem is that there's a saying that says "there's a sucker born every minute" - and that's what people like Gail Benoit and Joe and Nan Brady are counting on, and so far - they're all making a pretty good wage off the backs os some very unfortunate littled dogs.

Here is the CTV news footage -