"I use to work there, and it is true. His brother and the lax standards are the reason he gets away with it. All the Golden Ret. puppies he had were sick with parvo. His phone was ringing off the hook and he told us not to answer it. He also kept the dead bodies of puppies and kittens in a freezer in the basement so he could "bring them back to the breeder" for a refund. But his "foreman" got drunk and told me it was his job to get rid of em."

The 3 year old blog post was a letter to the editor that I had published about a Chronicle Herald article where Bud Wheatley was denying that he had sold a puppy who had died of parvo. At the time, the Chronicle Herald was still allowing places like Snookums to advertise in their classified listings. At least some things have changed in a positive way - the Chronicle Herald doesn't allow that anymore - they still DO allow puppy mills to advertise. Hopefully that will stop someday.

But on to today's story - it turns out that Bud Wheatley was charged today with animal cruelty in PEI - and that's why a former employee of his felt compelled to be surfing the web and share this little nugget on my blog. I was also emailed by someone the below the following CBC news article - which is fabulous news - it's because back in October 2009 he had his animals seized - so this is the follow-up to that I'd imagine - 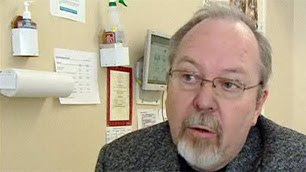 A P.E.I. man who operated an online pet store has been charged with causing unnecessary pain, suffering or injury to animals.

Wheatley, who up until about three years ago owned Snookums pet store in Charlottetown, ran PuppiesAcrossCanada.com.

He took orders online for puppies and kittens and either transported the animals himself to buyers in the Maritimes or sent them by plane.

His website said he bought the animals from breeders and that a veterinarian inspected them for health problems.

The charges stem from a four-month investigation in 2009.

RCMP raided Wheatley's home in Covehead, on the North Shore, in October 2009. The provincial Department of Agriculture seized about 80 cats and dogs at the time and took them to the Humane Society.

Wheatley was served with a summons to answer to the charges of animal cruelty this week.

He declined an interview on Friday, saying his lawyers have told him not to talk.

Wheatley was in the news about three years ago after several people who bought puppies at Snookums claimed the animals died from the parvovirus within a week of coming home from the store.

At the time, Wheatley blamed the pet owners, saying he only sold healthy puppies. When business was good, he said he sold 3,000 puppies a year.

No charges were laid at that time, but Wheatley closed the store. He had been in business for about 15 years.

Wheatley is scheduled to be in court March 8 to answer to the charges against him.
Posted by Joan Sinden at Friday, February 19, 2010