Something to do Sunday (tomorrow), some photos, a place to walk in Spryfield & a new doggy daycare for Hammonds Plains?

I've been under the weather this week, so I haven't been posting, so I thought I'd post a bunch of stuff at once.

First off is something to do tomorrow (Sunday) if you feel like going out - the Chewed Slipper out in Lower Sackville is having a backyard social if you want to go have some dog on dog fun - in aid of the Animal Rescue Coalition - they're going to have prizes, food (hot dogs & treats), live music (Tom Bedell's Band of Bros)

It's going to be from 1pm to 4pm - Humans get in free and it costs $10 per dog - for the Animal Rescue Coalition - and all the fun you can have - it includes: Barkyard Off Leash Play, Dog Wash & Towel Dry, Hot Dogs, Pop& Treats, plus chance to win Doggone Sweet Prizes from Three Dog Bakery and TCS. 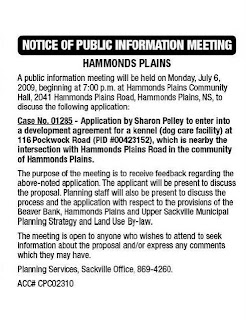 I noticed in today's Municipal notices that Hammond's Plains might be getting a new dog kennel/doggy day care, or maybe they already have one that's been operating illegally that's trying to become legal - if anyone knows, maybe they can send in a comment saying which it is so that we can share the love - but at any rate, it appears that a dog kennel is coming to Hammonds Plains. I say we can't have too many dog kennels/doggy day cares locally - so if you're so moved to go to this public information meeting - you should go! 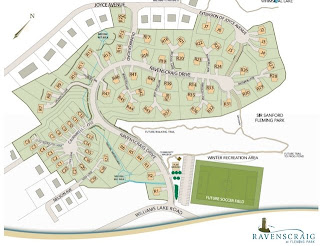 For the last couple years there's been a new development being built on the William's Lake Road in Spryfield. When it was first started there was a much lauded newspaper article about how part of the development was going to include an off-leash dog park as part of the "park" aspect of the development. It doesn't seem like that's going to happen - even though in the last month I've emailed two city councillors and they said that maybe it still might happen. 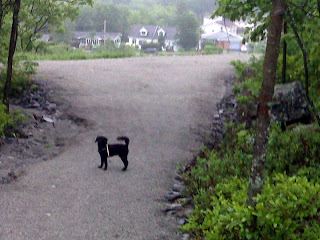 A couple weeks ago I went and had a walk through the development and the "park" that they've plotted out - and there's no way that it could be used as an "off leash" park - it starts good - in the parking lot, but it doesn't loop around and end back in the parking lot - it has 2 exits - both of which end in streets within the development - which is completely shitty. 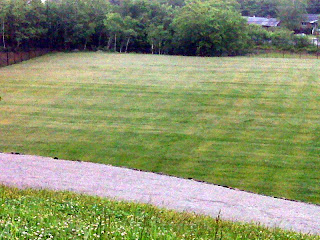 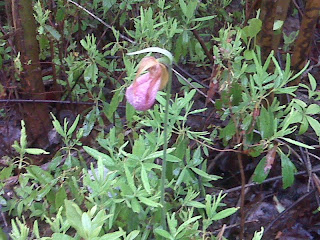 it's a great little spot for an on-leash walk actually - and you can also walk through the neighbourhood - the sidewalks are nice and there's hardly anyone around because not all the houses have been built. And the park even has some lady slipper orchids in it! So it's near the corner of Herring Cove Road and Williams Lake Road - and there's a nice parking lot to park in too. You should check it out. 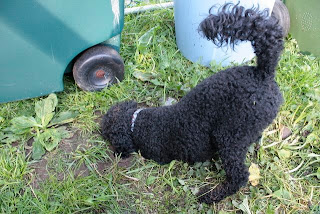 This is a position that I'm finding Bobby in quite often.... 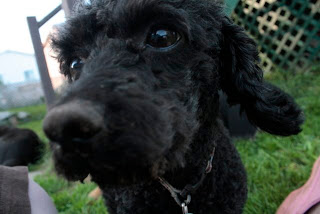 Here's some photos of the backyard after I mowed the lawn this week - the dogs like it when I mow the lawn. 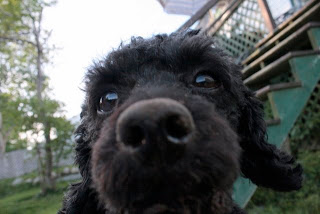 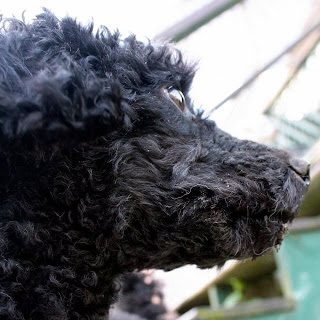 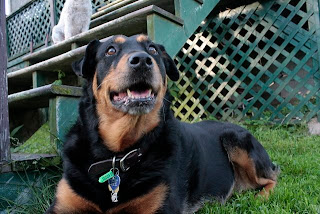 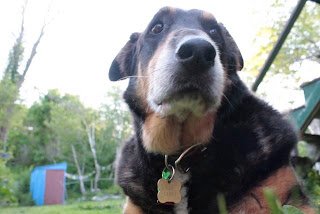 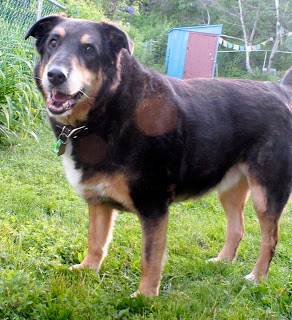 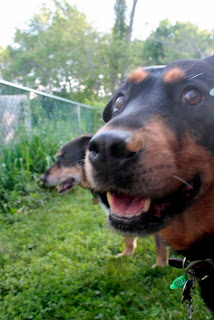 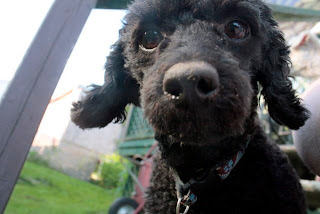 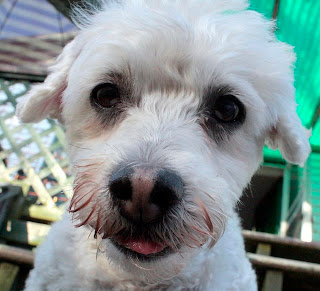 Email ThisBlogThis!Share to TwitterShare to FacebookShare to Pinterest
Labels: flowers, Halifax Kennel Club, My Backyard, photos, stuff to do coming up