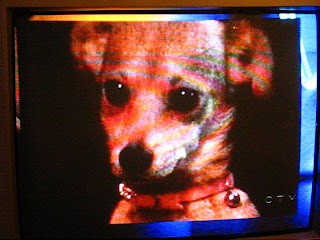 So Gail Benoit has sold another dog who died - this time a chihuahua who was about 1 1/2 years old. This fellow answered an ad on Kijiji to trade a computer for a dog and he met Gail in a parking lot in the Annapolis Valley and he got this little dog who quickly got sick and died within 10 days of getting her. She'd obviously had puppies within the last few months and last night got very ill and eventually died.

The CTV news story is below - the Facebook group who have teamed up to end puppy millers and people like Gail Benoit have rallied behind the man, but unfortunately there's nothing the NS SPCA can do about his case - he threw the little dog in the garbage - so there's no body that they can do an autopsy on to verify that she had parvo - which would prove that the Benoit's sold him a defective product. 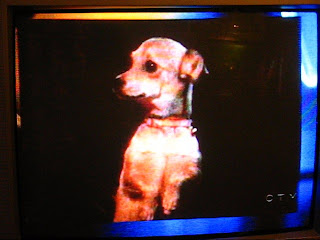 So it would appear that the Benoit's are going to get away with this one - and show the public that once again - buyer beware - do NOT buy your companion animals in parking lots.

You should not, and should not want to - buy animals who are going to be sharing your living room and bed, the same way that you buy your used living room furniture and kitchen utensils. It's so awful when you've made a bad purchase and the animal ends up dying on you - and you've bonded with the little animal - all for nothing - except that the person has made some money for nothing. They've unloaded their defective product, and you've got a house that's got parvo virus in it that may kill the next animal you bring into it - which is equally awful.

So just go the right way the first time and go to Petfinder.com or nshomelesspets.com and wait awhile until you see something you like. Those animals will last you a lifetime.