Cute big dog photos, a great article, and some updates 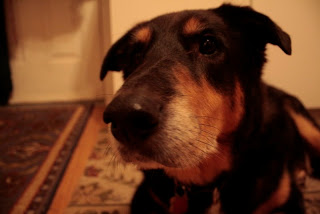 I got a couple great photos of the big dogs tonight - these are of Charlie getting some liver - here's he's looking at the treat - saying - "HELL YES I WANT THAT TREAT!!!" 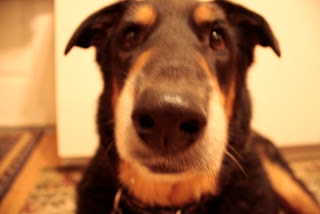 Here Charlie is saying "don't put that treat where I can't see it!" 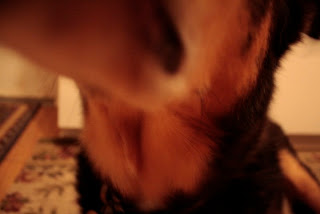 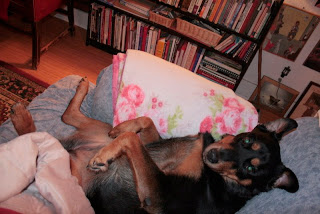 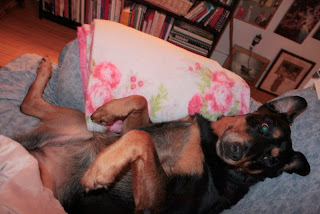 "Oh yeah - I am all about getting my underside scratched for as long as possible - you only need one hand to operate that computer, don't you?"

So on to the updates - Zonda MacIsaac was in court today - for what? We don't know - she didn't enter a plea - the Hawk 101 radio station put out a news release saying -

A Port Hastings woman facing animal cruelty charges will be in court next month to enter a plea.

She's due back in court on December 8th to enter a plea.

MacIsaac was charged following a raid on the shelter in February.

The SPCA seized more than 90 cats and dogs during the raid.

So we will wait until December 8th for the next stage in her drama - her mother goes to court December 4th to start her trial (we hope).

In another case - the Chapmans - the puppymillers up in northern New Brunswick who are also up on animal cruelty charges and unrelated to their current charges killed 175 of their dogs and no one seems to have cared or noticed - are going to court for their own trial on November 28th - so we'll keep our eyes on that too.

I was reading the latest issue of Bark magazine today and I was so happy to read an article called "Breaking the Chain" and it was all about anti-tethering legislation - and it featured the organization "Dogs Deserve Better" - which is a group that I've been involved with since 2003 - it got me to thinking that maybe I should get some shit together and see if some things could be added to Bill 186 about anti-tethering stuff. That would be a really good idea I think. That would be really good. I put the article on my server so everyone could read it because I couldn't find it online anywhere. It's currently at http://sinden.ca/ddb_bark_nov_2008.pdf
Posted by Joan Sinden at Monday, November 24, 2008