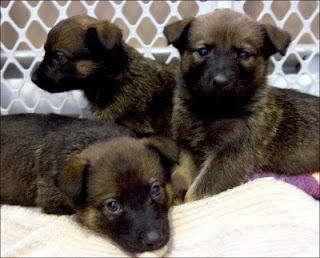 It’s back to square one for Nova Scotia’s SPCA, after the volunteer organization weathered an enduring storm of controversy and bad publicity, officials said Wednesday in Halifax.

Spokesman Sean Kelly said the animal-welfare agency, which has a new board of directors, wants to be more open with its membership and effective in helping provincial chapters.
The group has been plagued by infighting and criticized for its handling of a couple of high-profile animal-cruelty cases.

It revoked the membership of five people after the annual meeting in the spring; those members have been reinstated and received a public apology Wednesday.

Mr. Kelly and two colleagues told a news conference the SPCA wants to be more transparent and accountable. Part of the group’s redemption plan includes hiring more special constables to investigate cases and employing an executive director to manage the organization.

“All of that support is going to trickle down to us having more resources, more time, more money to move toward supporting the (SPCA’s) branches,” Mr. Kelly said.

Board secretary Mary Hill acknowledged fundraising efforts have been harmed by past negative publicity. She said the new board has a different outlook than the former, including encouraging constructive criticism, and has put policy statements on its website.

In the past, SPCA members have said they were muzzled by higher-ups in the agency who imposed “a gag order” on complainers. Squabbling in the ranks threatened the group’s ability to carry out its animal-protection duties.While the SPCA has its bylaws and form of governance, the organization falls under the Animal Cruelty Prevention Act, which is governed by the provincial Agriculture Department.

Compliance officer Petra Mauerhoff said the SPCA wants to improve as an organization and leave its former troubles behind.

“What it comes down to,” she said, “is we’re really starting in a way from scratch.”

“We don’t want to rush forward, fall on our face and then have to start again,” she said. “We want to do it right the first time.”
Posted by Joan Sinden at Thursday, October 23, 2008