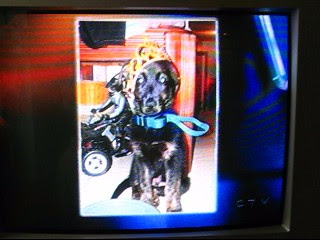 So an angry and sad Gail Benoit customer was on the news again tonight - this time a family in Halifax who were sold a german shepherd puppy that they bought here in Halifax from the Benoit's for $200 that died a couple days after they got it from parvo.

And where did they get their contact with the Benoit's? Kijiji of course! The reporter with CTV news said that as of this afternoon there were still ads with the Benoit's phone number attached to them. As of news time tonight though - all the ads had mysteriously disappeared once again.

So the Benoit's are still continuing to peddle their unhealthy wares - the NS SPCA for some reason - even though I'm sure that these people must be going to them and telling them their stories - continues to not charge them so that they can't own or harbour animals while they're up on cruelty to animal charges which they're going to court for in October.

What a farce. I mean, that's what it's seeming to become isn't it?