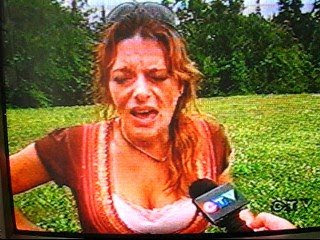 Gail Benoit and Dana Bailey spoke out on CTV News last night and it was an interesting story they had to tell. They bought 37 puppies for $3,700 2 weeks ago from "Chapman Kennels" in New Brunswick - and they paid $25 extra so that they wouldn't have to take the puppies mother with them because they didn't have the space for the mother. The "breeder" said that because the puppies were so young she couldn't guarantee the health of the puppies. 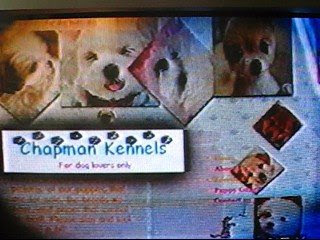 So in other words - the Benoit's bought the puppies way too young from the "Chapman's Kennel" - and then spent the next 2 weeks attempting to sell these too young puppies to an unsuspecting public, while minimally trying to keep them alive until they could sell them. $3,700 divided by 37 = $100 each that they paid for each puppy - and in my previous post you can see that they were charging between $650 and $900 for each puppy. Now that's a pretty good turnover/profit for each puppy! $550 - $850 for each puppy times 37 = $20,350 at a MINIMUM! Who wouldn't want to be in this business!!!!!

So with those 37 puppies - AT A MINIMUM - the Benoits are making $20,350 - that's if they all lived - so we can now see why they are so pissed off, eh? That's a big cut into their profits if they died before they could be sold. I'd go on tv poor mouthing it too. 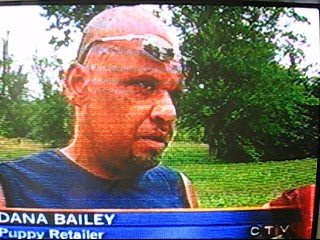 I digress. I hear that they are due back in court on October 24th for their pending animal cruelty charges. Surely to dog something can be done in the mean time so that these most notorious purveyors of greed and puppy pain can be shut down until then. But as we all know the NS SPCA is the only enforcer of animal cruelty legislation in the province of Nova Scotia. So don't hold your breath. 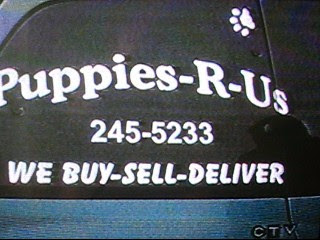 Here is the video from last night's news where the Benoit's are telling their side of the story: