Look at what I went for a walk with this morning 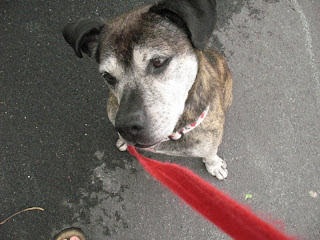 So this is why I give up. This sentient being has continued to live in a cage for the last 4 1/2 months at the Dartmouth SPCA shelter. He never went out to a foster home. He has remained hidden away in secret. Just like Zonda did to him. He was treated exactly the same by the NS SPCA as he was by Zonda MacIsaac - hidden away in a cage, left to rot. I am thanking dog from the roof tops that he wasn't killed - as I was previously told. At the time when I said he had been killed and people were saying he wasn't - I said if he was in fact alive - I would be very happy to say I was wrong and thank whatever spirits were out there who were keeping him alive. And I'm very happy to do that now. ZEUS IS STILL ALIVE. 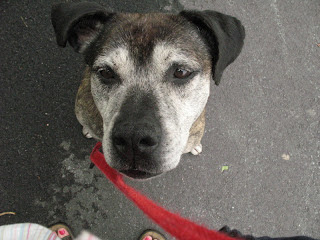 And he is still living in a cage - after having lived in a cage at Celtic Pets for more than 3 years in Port Hastings. I can't believe it. That the powers that be - would continue to keep him in a cage after what he has been through - to me, IS CRIMINAL. That is why I give up. I have no more questions to ask, no more answers to give. When I look into these eyes - there is no apology good enough that I can give to this dog. 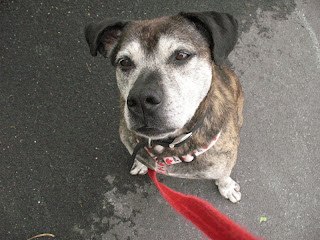 What has been meted to him is inexcusable. On another note - he is NOW AVAILALBE FOR ADOPTION. Which leads to something else - how can a dog that is part of an active prosecution - be AVAILABLE FOR ADOPTION? 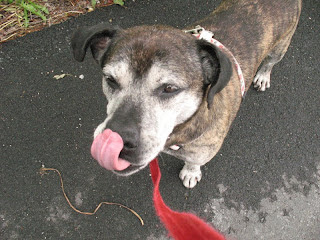 I have no answer for that either. He is not the only Celtic Pets dog that is currently on the adoption floor over at the Dartmouth SPCA shelter - so you should go over and have a look around, and if a dog strikes your fancy - you should fill out an application to adopt one of them and see what happens. I was lucky - I got my Jack from Animal Rescue Coalitions. I didn't have to deal with the NS SPCA - despite what the NS SPCA contends. One thing about Zeus though - they aren't letting anyone who already has dogs/cats/children adopt him - he has to go to a completely empty home. And they are listing him as an am-staff - even though he is very obviously a bulldog mix. And I must say - he was SO gentle when I had him out. He was such a lovely dog when I walked him this morning. He is obviously a complete cuddle bunny. He deserves the best retirement home that any dog could possibly give him. I hope he gets it.
Posted by Joan Sinden at Thursday, June 19, 2008