A bunch of stuff

It's been the whole weekend since I posted any photos - but that doesn't mean I haven't taken any - or gone out into the wild blue yonder with the dogs - and it's been a cold and wild weekend here! Gross! 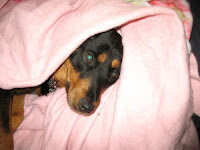 As you can see from these first 2 photos - Daisy now prefers to stay UNDER the covers since she spent the first several years of her life completely outside and open to the elements - but from time to time I am able to drag her outside for a run. Doesn't she look good in pink? 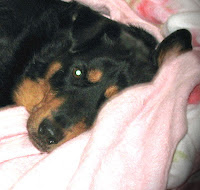 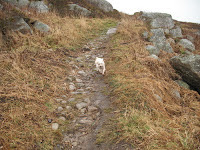 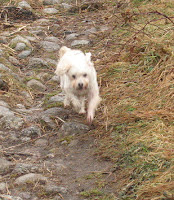 On Saturday we went out Prospect Bay before the snow started and went for a nice windy run - the waves weren't blowing at all though. The tide was out so we didn't walk on the rocks at all - we went along the shore so I could look at the shoreline. 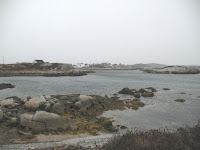 This is a view of the village of Prospect Bay that I don't usually shoot because we always are usually walking on the rocks - but Saturday we walked on a part that is usually underwater so I was able to take some photos that were different! 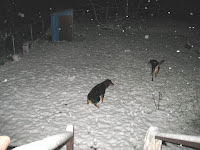 Saturday night it started to snow - yuck! We got about 5 centimetres. The dogs were not impressed. Daisy and Charlie went down for a pee, but Buttercup would only pee on the deck. She's pretty smart. 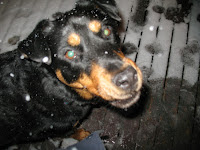 This is Daisy saying that she's not happy that winter has arrived - that is, until she can have a good run in the woods in the snow! haha! Then she'll be find with it!

Which reminds me! I got some booty from post sub-tropical storm Noel - I went down to Horsehoe Island this week for lunch one day this week and it was low tide, so I took a walk around the beach, and there was a little part of the retaining wall that had collapsed - and there in front of the wall was this bottle - in perfect condition. Isn't that neat? A little part of old Halifax - just waiting for me to find it! It must have fallen down from the part of retaining wall that collapsed. Neat! It's like an old medicine bottle. Today we went over to Conrad's beach for a fun - I think the dogs' had a good time - this is Buttercup coming in for a treat. 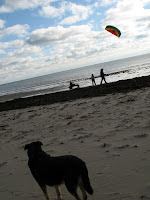 There was a small group of people there with these parachute things and bicycle type things going up and down the beach. They seemed to be really enjoying themselves. Charlie was pretty interested in what they were doing. If Leonard were still around she'd be up around Amherst now she'd have been so scared. 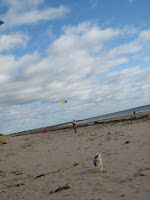 One of the guys didn't have a bicycle/sitting down thing - he just had a parachute. I couldn't quite figure out the whole thing. 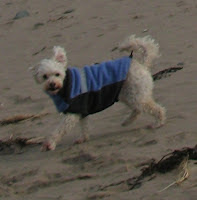 Email ThisBlogThis!Share to TwitterShare to FacebookShare to Pinterest
Labels: Prospect Bay, stuff to do coming up, Walks