My Offleash Manifesto, such as it is... 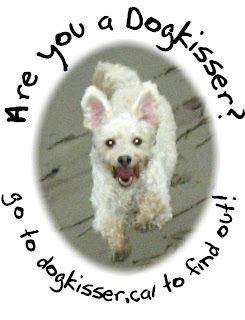 Okay, so here we go. I've been meaning to write this up for awhile, but have been procrastinating like crazy - but the latest updates to the HRM's off-leash strategy website have motivated me to get off my ass and get out there what I think needs to be said. Say your piece now, or forever hold your peace if you know what I mean.

I am an avowed off-leash advocate - I make no bones about it. I think that in order for a dog to have a wholesome, fulfilled, well-rounded life - they need to run. And that includes dogs who don't get along with other dogs, and dogs who like to chase bicycles, and dogs who like to chase joggers, and dogs who like to wrestle, and dogs who like to stop and pee on every tree they come upon. The dogs whose humans own them just have special challenges. I personally own dogs who have some (but not all of those) characteristics, and I take them into consideration when and where I take them to run. I only them to certain places, at certain times of day so that I can be in charge of the stimuli, the things they are going to come into contact with, and how they are going to react. I have also trained them to have an excellent recall in all situations so I can leash them up even when unexpected triggers come into their view. But no dog is perfect, and certainly my dogs are not either. Even the most perfect and loving golden retriever can have a bad day and can spoil a dog hater's day. But I'll get to that part later.

So in order to have a healthy life - dogs need to run. But they also need to run in a variety of places. Just running around in a field - like at Seaview Park - isn't good enough. Seaview Park is fabulous. It's a more traditional type of dog park in that it's a fenced in flat area where the dogs are all together and they can wrestle and chase each other and act like they're a pack and chase balls and learn certain doggy type coping skills. It's certainly not a type of park that all types of dogs can handle. A very dominant dog who can't control his impulses and gets over-excited and ends up fighting instead of just shaking it off and walking away - is NOT a good candidate for daily off-leash exercise at Seaview Park.

Daily off-leash exercise at a place like Point Pleasant Park might be ideal for a dog like that though, because a sniff and pass experience with other dogs might be fine for him because he doesn't have time to get over-excited in the 10 seconds he spends with each dog before the humans say "come on Riley" and the dogs and humans continue on with their walk. And the dog still gets to run, and sniff every tree, and bond with his owner, and see other dogs, and socialize. But there are also joggers and bicycles there in the day time. Some dogs can't handle that.

So the Halifax Regional Municipality currently has 2 parks that are already desingated as off leash dog areas. And between the months of November and May all ballfields in the HRM are off-leash areas between the hours of 6am to 10am.

Before I say what I think the HRM should do about off-leash space in the HRM, I want to make a couple points.

#1 - you CANNOT build policy around the tax-payers who don't want the programs in the first place. You cannot build the off-leash dog policy around the non-dog owners and the people who don't want any off-leash dogs in the HRM. Period. There are comments on the HRM's website - http://www.halifax.ca/real_property/PublicComments.html - when non dog-owners making such generalized comments as "no dog owner has control over their dogs when they are off-leash" - I have a very hard time taking them seriously. Unless that statement is a typographical error - that is such an egregiously false statement that anything else they could possibly say in relation to dogs would only make my eyes roll to the ceiling.

I certainly don't think that civil rights laws were built around racists in order to make them feel like their best interests and "feelings" were being taken into consideration. And that's all I'm going to say about that.

#2 Trying to judge how many actual dogs there are in the HRM. http://www.halifax.ca/real_property/OffLeashParksStrategy.html#Howmanydogs - 144,435 is suggested as the number of households in the HRM and based on that the number of dogs would be 93,017. HRM decided that was too high and took 50% of that number - 46,500. I think that basing the number of dogs on "households" is faulty - you should only base the number of dogs on the number of home owners in the HRM. What that number is - I have no idea. I'm sure you handy-dandy planner though know how many that is. Halifax is notorious for being very non-dog friendly in the apartment sector - so almost all dogs are found in owned-homes - and not in apartments - so you can base your numbers for licencing fees schedules on home owners and get pretty accurate data.

That would not impact any of the dog haters out there. Who is in any of the city parks between 9pm and 9am? No one except people who sholdn't be there anyway - and this will keep those people out of there.

New York City has been doing this unofficially for the last 20 years and has just made it official as of September 2006.

For some links you can go to:

http://www.brooklynrecord.com/archives/2006/09/fido_unleashed_1.html - blog that talks about above article

I think it's a fan-dabulous idea. One that would require no infastructure changes to any parks in the HRM. Dog owners in the city would be able to do everything with their dogs that they're doing right now - they'd just be doing it between the hours of 9pm and 9am. They would still have the resources of Point Pleasant Park and Seaview Park, and the pilot project of Shubie Park - but they'd have the added wonderfulness of every other park between the hours of 9pm and 9am.

The Halifax Regional Municipality in many ways is one of the dog-friendliest municipalities in all of North America. We are on the leading edge in so many ways. We could continue to be so if we were to do something like this. To have an off-leash policy as enlightened as New York City would put us on the national stage, and I think that a "smart city" such as ours deserves it. I know our dogs certainly do.
Posted by Joan Sinden at Sunday, February 18, 2007