You can Tell by the light in their Eyes

Trixie is an amazing dog. She's some kind of border collie mix that my friend Melissa's been fostering for the past almost 2 years. She's going to her new home tomorrow so Melissa brought her to Seaview tonight so I could see her one last time. Trixie was found really super sick.

You can see in the picture that I took at the SPCA dog jog in 2004 how Trixie was missing most of her hair - and all of her hair on her back end. And poor Trixie - the bald area was really itchy too - which was really uncomfortable which really sucked for her. Trixie was found as a stray and saved by Maureen Tate - who also saved Ebony - the bouvier I fostered, and Teddy my little poodle - and tons of other dogs. 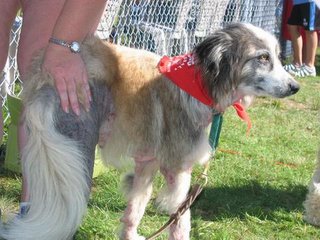 But neither Melissa or Maureen gave up on Trixie because she's an amazing dog - but Melissa has told me that she's like other rescue dogs I've talked about - when she arrived the look in her eyes was dead. But over time she blossomed into the dog she is today and now she even has a full luscious beautiful coat of fur. She's had an amazing recovery.

And was it worth it? It was - if only so that you CAN watch the change in the look in their eyes, as they go from clouded and wary to clear and joyful.

When Trixie meet her new lifetime companions tomorrow they'll have no idea all the stuff she's gone through with Melissa - they will only reap the benefits - they will receive all the gratitude and lifetime of super love that this amazing dog is capable of giving - thanks to Melissa and Maureen. Just about anyone else would have left Trixie in the garbage where she was dumped - but I'd be willing to bet that there's an elderly couple in Liverpool who are going to be very glad that Maureen and Melissa realized that ALL life is very precious. Even life that doesn't look or smell very nice at the present moment. 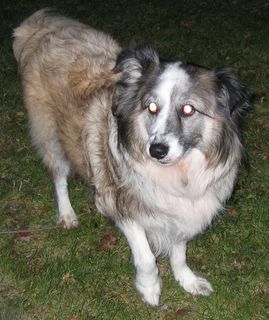 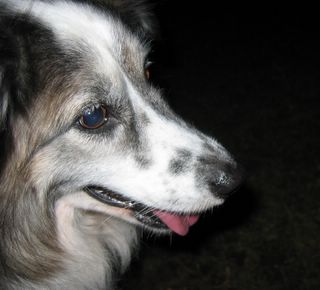 A close-up of Trixie's face tonight 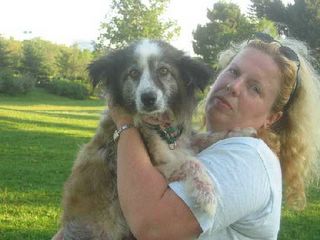 Trixie and her Mom at Seaview - look at her paw and under her chin - that was pretty typical of how she used to look. 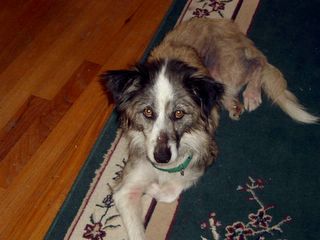 Melissa took this picture a couple days after she arrived... 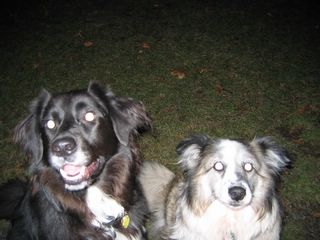 Trixie and her foster brother Bear - I'd imagine they're going to miss each other a bit.

Email ThisBlogThis!Share to TwitterShare to FacebookShare to Pinterest
Labels: Seaview