Who is this dog? 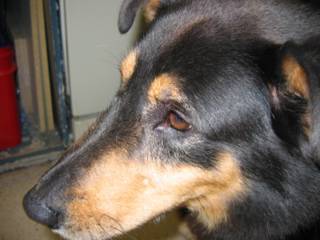 Do you think it's Leonard? 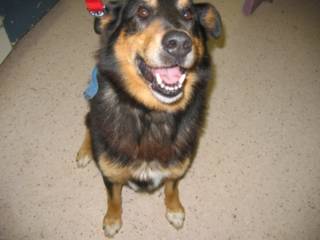 Do you think it's Conrad? 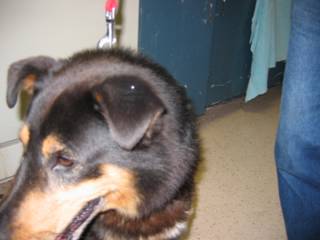 This looks exactly like Charlie, so it must be him, right? 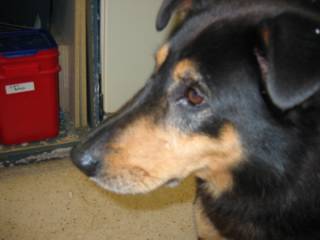 All these pictures are of a dog named Molson...

Molson was picked up running at large a few days ago in Cow Bay. I got an email last night from Amy Slaunwhite who volunteers at the SPCA because the likeness was unmistakable - this is a littermate of Charlie and Leonard - and also Conrad and Solie who we also know. Conrad and Leonard both came from the back yard breeder, but Charlie and Solie came from the SPCA when they were 3 months old - also caught running at large. Molson has obviously had a different life than the 4 littermates I know. His teeth show very poor nutrition, his fur is orange on the ends so he's been an outdoor (probably chained) dog and he's not neutered (which he will be very shortly!). But he's got the littermate personality. He's going to be an absolutely awesome dog for whoever adopts him. I envy whoever gets him - he's got Charlie's calmness and Leonard's size. He was totally affectionate, obvioualy housetrained because when I had him outside he took a nice big dump, and knows basic commands like sit. And he loves cookies. So you're going to need plenty of them because he's really skinny and I think he's going to need a lot of making up love time.

And you're also going to have to stay in touch with his family. Family is important. Especially when it's Charlie, Leonard, Conrad and Solie - they make a lovely picture! Imagine the picture that set of quintuplets will make!

Oh yeah - and their birthday is November 1st - they're all going to be 6 years old - what a birthday present that would be for Molson - a new perfect home! Can you just imagine?
Posted by Joan Sinden at Saturday, October 30, 2004