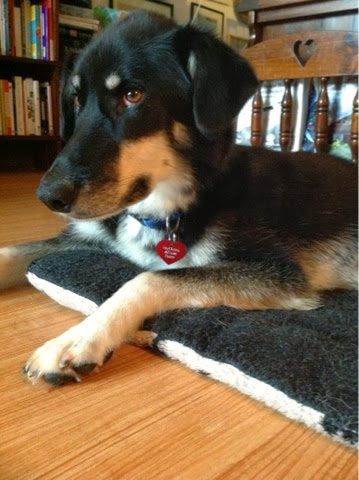 It seems not too many people are liking what I wrote in my submission to the department of Agriculture regarding regulations for the Animal Cruelty Act.

It would seem that most people would have assumed that I would have just blatantly come out and said - ban the permanent tethering of dogs in Nova Scotia. Period.
But life just isn't that easy, is it?  If we did that - what would happen to all the dogs who had been permanently chained the day after the ban came into effect? Is it better for them to die than it is for them to live? I don't know and I don't want to be responsible for that - and I really don't think Nova Scotia is ready for a ban on Tethering - we are way too rural for that.
What I would much rather see is the people who go and visit the tethered dogs who have the power to remove the neglected ones actually have the power to remove them - and currently for some reason they don't feel like they do - so that's what I was trying to talk about in my submission.
I was also not interested in talking about how to chain a dog more successfully - so I did not talk about things like what the gauge of the chain should be, what the minimum length of the chain should be, or talked about the dog house.
Te only things I talked about were signs of neglect that would warrant removal of the dog -  that is what I wanted the regulations to focus on - not ways to make the dog more comfortable - but for ways to be able to remove the dog.
They were looking for definitions of distress - and that's what I tried to provide.
And then at the end I said what was needed was supervised tethering - just because I don't think a ban on permanent tethering is the answer does not mean I am a proponent of it. Anyone who would think that is either misreading what I wrote or reading something into what I wrote for their own agenda.
I hope the government takes the welfare of our companion animals seriously - even the ones that aren't cared about by their owners. Especially when the rhetoric around this issue can get so ridiculous it can border on the sublime.
Posted by Joan Sinden at Tuesday, September 03, 2013