The last of the Celtic Pets Generation are disappearing - RottnMom's Sasha 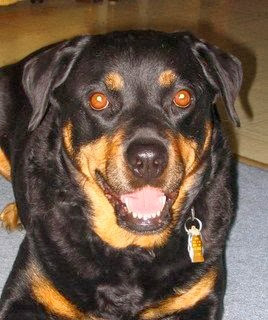 Sometimes you meet the best people under the worst circumstances - and that's how I met a lot of people around the Celtic Pets tragedy - one of them was a lady named Janet Patterson.

I've never met her in person, or her dog Sasha - but I know the strength of her character and the love she had for her dog Sasha, and what she was willing to put up with, and how loud she was willing to speak out when she saw what was happening around the Celtic Pets situation - and her dog was a dog from the Celtic Pets kennel - so she knew the damage that was being done to the dogs there. 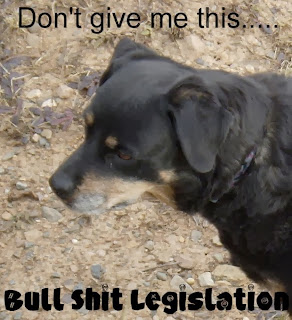 Her name was Sasha. She was a beautiful rottweiller mix and she made it all the way to 12 - and this past weekend she went to meet up with Charlie and Daisy - and Daisy as many of you know also came from Celtic Pets.

Janet had to work very hard for many months to show Sasha that life wasn't like what had happened to her behind the walls of West Bay Road in Cape Breton - but eventually, through tons of love Sasha came around and stopped being aggressive to everything she came across and blossomed into the dog she was meant to be and not the dog the the abusers MacIsaac had turned her into.

It is a sad commentary that dogs live such short lives - but I know for sure that Janet aka rottnmom packed many lifetimes into Sasha's life to make up for what the abusers MacIsaac did to her - and for that - we're all thankful and grateful that she did such a wonderful job with her.

I'm sure Sasha is thankful and grateful and left the earth contented, knowing that she had had the best years in the best home.

Thank you Janet from Sasha - and Daisy, and Zeus, and all the other victims of the abusers MacIsaac and those who lived and died on West bay Road.
Posted by Joan Sinden at Monday, November 07, 2011