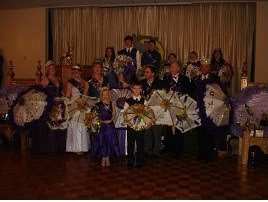 I had an email from a lady in Antigonish - Brenda, who has friends down in Shreveport Louisiana who have a super neat group called "The Animal Krewe" who every year put on a pet parade during their Mardi Gras festivities - it's a huge event, and throughout the year they help abused, abandoned and neglected animals. 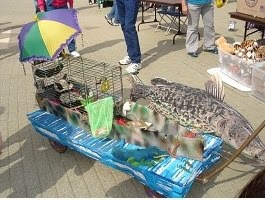 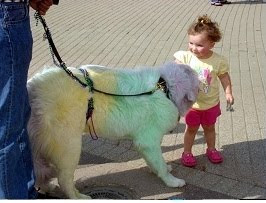 And you can tell from the pictures that all species of companion animal are included in the festivities, which is fabulous - wouldn't it be great if something like that could happen here? 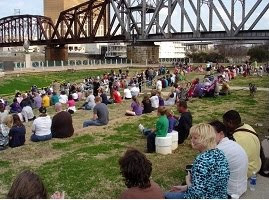 We don't really celebrate Mardi gras - so it doesn't even necessarily have to be focused around that - but it'd be awesome if there could be some public appreciation day for companion animals - in the order and scope of what they're doing in places like Shreveport - I think our animals deserve it, that's for sure - and it looks like they're having a ton of fun down there - animals and humans included!

Thanks Brenda for sending me these great photos from your friend and letting me know that fabulous things like this exist somewhere in the world. The "Krewe of Barkus and Meoux Inc" have a very detailed website at http://www.animalkrewe.org/about.htm and they have a facebook page as well that you can follow their progress through the year.

And especially we don't have any event where chickens can mingle with dogs and rabbits with any other type of companion animal! Wow!
Posted by Joan Sinden at Sunday, March 20, 2011