No Cow's Penises for Xmas this year 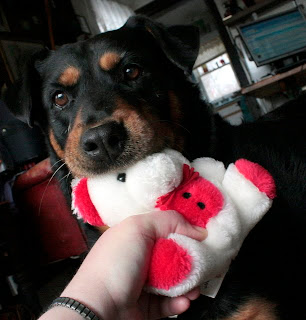 Every year about this time I usually get extra indulgent with the dogs and buy them some extra toys, and pig's ears and pig's noses at the pet stores when I'm passing by them - like post pet owners dog 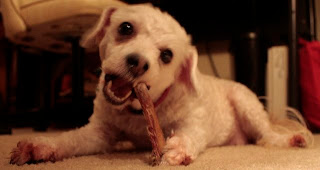 The dogs don't know it's Christmas - but they do know that they like all the extra good stuff that they're getting - they're like a lot of rescue dogs who've had rough lives and I like to make sure that their lives are all about sunshine and lollipops now - they get whatever they want. 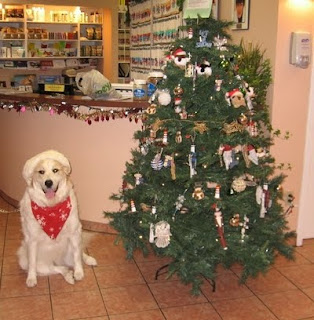 I've decided though that the extra money that I'd be spending on pig's ears and cow's penises over Christmas - I figure I'd probably be spending about $50 extra to keep the dog's happy - is going to help this guy - Zowie - he's been taken in by Animal Rescue Coalitions - and he needs to have both his back knees done - 2 TPLO surgeries - and if any of you guy's have had your guy's knee's done - you know that's a ton of money. 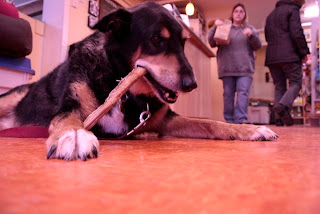 A few year's ago Charlie had one of his knees done - but it was the old style - not TPLO - and he's been beautiful ever since (knock wood). A lot of places would have looked at Zowie and said "no - we can't take him on, it's going to be too expensive - he should just be put down" - but Animal Rescue Coalitions - is willing to do the foot work to do what it takes to make this dog healthy - he's only 16 months old - and he deserves a chance at life. Up to this point he's been chained his whole life. 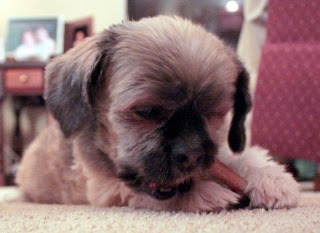 Jack is also a former Animal Rescue Coaltions dog - so Jack would gladly give up at least one penis for Zowie, I'm sure!

If you feel moved to give up a few penises for Zowie - or you want to buy a couple xmas tree ornaments that are on the tree that Zowie is standing by - you can go to http://animalrescuecoaltions.com/ - Zowie will thank you!
Posted by Joan Sinden at Sunday, December 20, 2009

Email ThisBlogThis!Share to TwitterShare to FacebookShare to Pinterest
Labels: other people's dogs, rescue