Merry Christmas to me 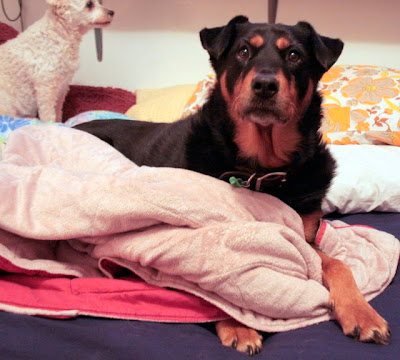 Here's a couple pictures of Daisy - she's so beautiful notice Buttercup in the background though, she gets pretty pissed off shen Daisy hogs up the whole bed. You'd think she'd have learned how to deal with it after 6 years. 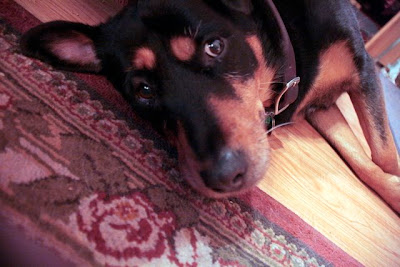 I had her in to the vet today because she's a pretty typical rottweiller and she's got lumps growing all over her body - she's 9 or 10 years old now, and her latest lump is on her belly and I was scared it was a mammary tumour, but Dr. Carnegy aspirated it and looked at it under a microscope and said it's just a lipoma - so she's going to be around for a good long while still. 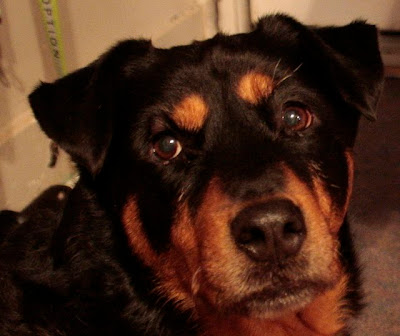 While I was there though - I take my dogs (except for Jackie who goes out to Westwood Hills Veterinary Clinic out in Tantallon because they have a specialty in Ophthalmology) to Carnegy Animal Hospital - and they have the "Four Feet on the Ground" Gift Shop - and I saw this ring there - and they had one in my man hand size! Yea! I've wanted one forever, and have been looking for one - and I finally found one! And it was only like $25. Thank you Daisy!

So Merry Christmas to me! haha!
Posted by Joan Sinden at Thursday, December 24, 2009