Wrapping up come stuff - plus oxen! 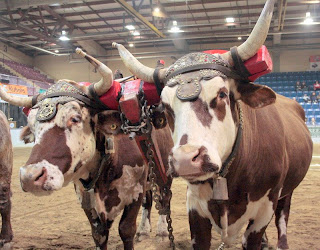 So today we went out to the Maritime Fall Fair Exhibition out at Exhibition Park to watch the oxen pull. 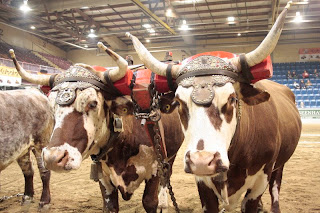 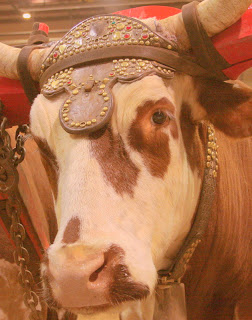 I fell in love with this guy. He is owned by a Wendell Wagner from New Germany. 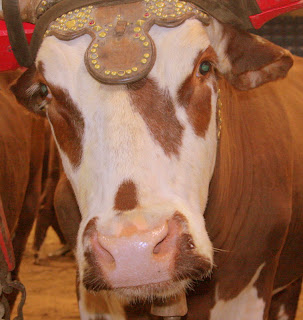 He didn't win unfortunately, but I think his oxen had the most personality of them all. 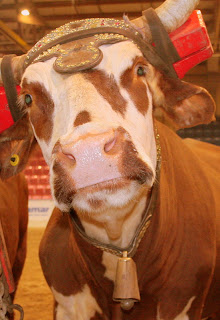 They were definitely the most photogenic! One thing I learned today is that oxen - and probably all cow types - can pick their nose with their tongues! Yea! 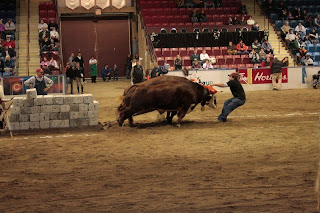 These 3 photos show how intense the ox handlers get near the end - it's like they're pulling all the weight themselves! 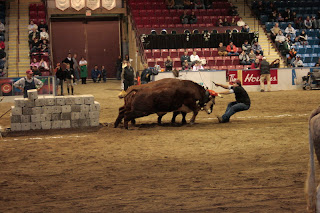 When the last round came and the weight was up to 10,000 pounds - every one of the men fell down trying to get their oxen to pull the weight. 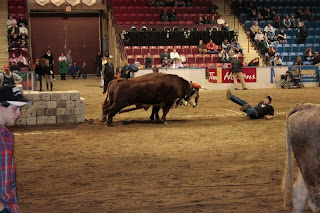 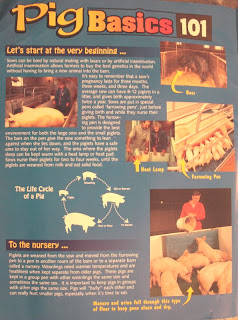 I have bad news on pork farming in Nova Scotia from what I could tell at the Exhibition today - you can click on these photos to read the fact sheets I brought home. It appears that they do use gestation crates here in Nova Scotia - but they lovingly call them "farrowing pens" - they "provide the best environment for both the large sow and the small piglets - the bars on the bpen give the sow something to lean against when she lies down, and the piglets have a safe area to stay out of the way". They talk about the "life cycle of the pig" - but they don't say anything about the living conditions of the mother pigs when they don't have their babies - which troubles me. 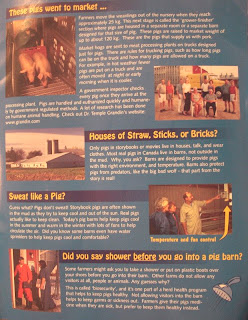 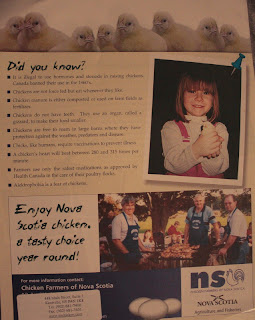 Chickens on the other hand are another story - I had what I said the other day confirmed - all chickens in Nova Scotia are free to roam in large barns where they have protection atainst the weather, predators and disease - they also don't have their beaks cut here, which is good news.

So that's my report from the Exhibition!
Posted by Joan Sinden at Sunday, October 19, 2008

Email ThisBlogThis!Share to TwitterShare to FacebookShare to Pinterest
Labels: stuff to do coming up