Me and the dogs on "Living Halifax" 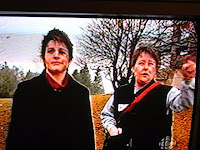 I personally finally got around to watching myself on an episode of the CBC Television show "Living Halifax" that me, Charlie and Buttercup were on that aired February 14th - it was filmed in January, and then shown on Valentines Day. 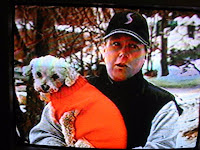 They had asked me to take them around to the new off leash dog parks around the HRM - which is what we did. In case you missed it, you can see it below, in all it's very rough glory as photographed by me. Unfortunately it's not still in the archives at the Living Halifax archive - so this is the only place you can still see it...