Today was the 5th year I've been to the SPCA Dog Jog I realized once I got home tonight - and this was the first one that there seemed to be a majority of small dogs there. I think Sue Sternberg may be winning the war. It was a beautiful sunny day - and I got a sun burn on my face that's going to smart for a little while. It wasn't a buying crowd and I didn't sell one bag of liver - that was the first time that's ever happened. I had a good time schmoozing though, and that's mainly what I go for anyway. Hopefully the SPCA raised some funds - there was a good crowd there and everyone seemed to be having a good time. I thought I'd post some pictures from year's past just for fun. 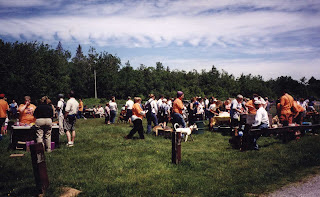 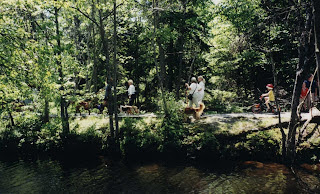 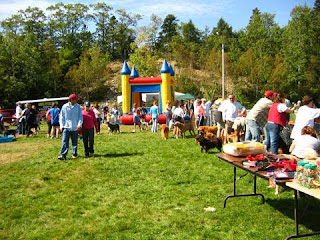 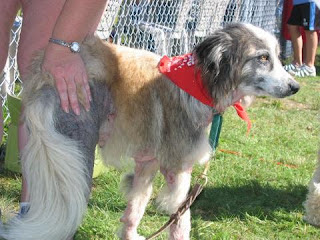 This is a picture of a dog named Trixie at the 2004 Dog Jog - I've talked about her here on the blog before - she had a horrible skin condition that was eventually completely cured and she was adopted out to a great family and now is living a beautiful life. 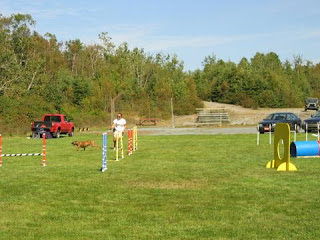 This is a picture of Adina and her dog Buddy at the 2004 Dog Jog doing agility with Lietash - they do demonstrations every year - they were there this year too. I still have a photo album of like 48 pictures from the day that's active at my "Charliesotherplace" web photo album. There's some cute photos there. 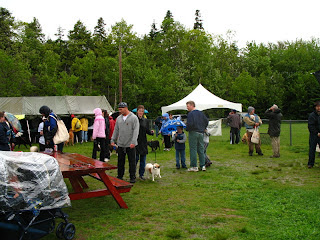 A shot from the pouring rain Dog Jog in 2006 - my blog posting for that day is at http://dogkisser.blogspot.com/2006/06/dartmouth-spcas-dog-jog-was-today.html if you want to read about that day.

Here's the photos from today 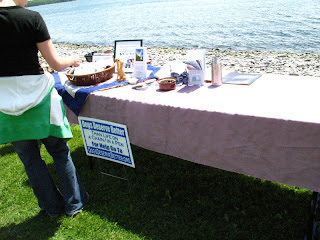 A photo of my table - you couldn't get a nicer view - right on the ocean. 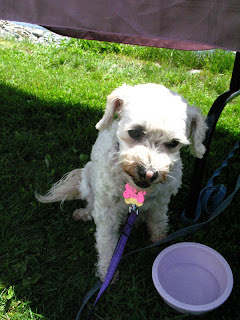 Buttercup growling at someone to stay away from her water. 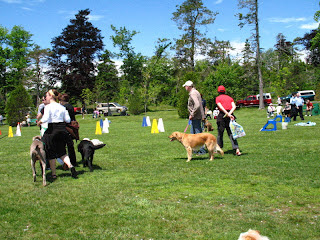 A shot of the crowd 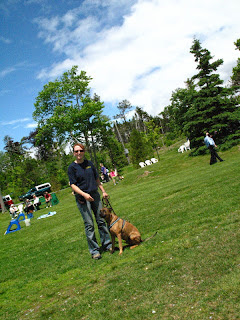 A picture of Adina and her dog Buddy before they do their yearly agility demonstration - they must be pretty much perfect at it by now! haha! 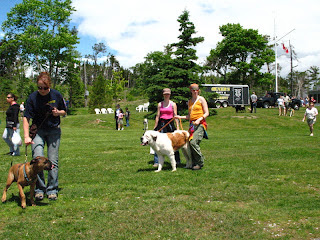