Why do "Shelters" Kill and not Shelter Animals? 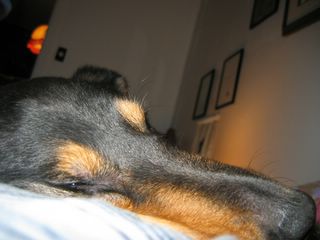 What I am going to talk about is not happening in some far off place. It is happening here in the Halifax Regional Municipality and in every town in Nova Scotia and New Brunswick. It has almost happened to several dogs who have come through the doors of my house and through the doors of almost every house of every "rescuer" I know. I've put the word "rescuer" in parentheses for a reason because I consider the word "rescuer" different than the word "shelter".

That's because locally - "shelters" kill animals who come through their doors, whereas "rescuers" attempt to pull those same animals who are about to BE killed before their kill date.

Why is that? Why is this happening? Why has nobody told you about this before? Why am I talking about this now?

The answer to all these questions is very simple and at the same time is what "shelters" deal with on a moment by moment basis day in and day out 365 days a year.

The reason I've decided to talk about it is because I had a conversation with someone yesterday who said that they were at the Dartmouth SPCA on Saturday to pick up a dog to take somewhere and there was a line-up of people OUT THE DOOR who were there to try and visit the dogs and cats and maybe adopt one of them. The place was an absolute zoo. You couldn't move in there for all the people. That to me speaks volumes. I could write a 1000 words just on that. Probably more. Obviously the shelter is too small - there needs to be off-site visitations started immediately so that the process can be expanded, processes need to be simplified - Saturdays need to be focussed on as a day of just visitations with the animals, etc., etc.,.... and I do not think that I am inventing the wheel here.

The 2nd thing is that when I heard that about Saturday it made me sick to my stomach because I know the statistics about the Dartmouth SPCA - that TWENTY TWO PERCENT of the animals that come into that shelter DIE IN THAT SHELTER. And I mean to be hollering in that sentence. If people are lining up out the door in order to adopt animals out of that shelter - animals should not be dying! PERIOD! I am shaking as I write this.

And I've got to say this next sentence because I've got to get this out right now. I think that the Provinical SPCA does have to get their hands off of the Dartmouth shelter so that they can start to clean it up again - because as far as I'm concerned a 22% euthanization rate is abysmal. If it continues to be that high now that they don't have the animal control contract anymore - I think that the place should just be shut down. But then again there is the Cape Breton SPCA to think about as well.... with their 55% kill rate.... but now I'm getting off track....

I don't think that the public at large realizes that "shelters" don't actually rehabilitate and repair the lost and abandoned animals of the Halifax Regional Municipality. They only "shelter" dogs they think will be perfect pets for stupid people. Dogs and cats that have any sign of having any problems are deemed "unadoptable" and are sent straight to a "better places where no one can hurt them ever again". Or if they're very lucky - they'll sign them over to a "rescuer" or a "rescue organization" - who takes on all culpability if anything bad happens - and the dog gets to live a new life under the auspices of a foster home or a new forever home thanks to the "rescue" that agreed to take on whatever imperfections the "shelter" thinks makes the animal "deemed unadoptable" and therefore worthy of being killed.

There's also some shelters who kill because they run out of space - the Cape Breton SPCA kills a lot of dogs because they say they have no space for all the dogs coming in.

This isn't just an HRM problem or a Nova Scotia problem or a Cape Breton problem - it's an endemic problem worldwide to shelters everywhere. It's not the fault of the shelter workers. It's an attitude problem. It's an education problem. It's an inertia problem. It's a tragedy. It's taking the easy way out. It's Sue Sternberg saying - If you've got 20 dogs coming in today and you've only got 12 spaces - this is how you make the space. It's creating her perfect world of only having under 35 pound dogs with only issues populating the landscape. But then you'll have a world bull of Buttercup's and Teddy's and no Charlie's - and for anyone who's ever met Charlie or Philip's, Teddy and Buttercup - you'll no that's no world you'll ever want to be in.
Posted by Joan Sinden at Monday, May 22, 2006