We survived our first show

Charlie and I went to the Pet Expo at the PawPlex today to sell the dehydrated liver and other stuff that I make and there were a ton of people there. My friend Maureen Tate who sells Urban Carnivore Raw Meat Food and some other holistic products let me have a section of her table to put my stuff on, which I thought was super. (She's also the angel on earth who brought me Teddy and Ebony. We were back in the far corner of the place which was good for me because at various points in the day it was a zoo and I'm pretty sure that both Charlie and or I would've gone up into spontaneous combustion if we had've been in the middle of it.

We sold every piece of liver we took with us - which was about 50 bags, and we gave out a lot of our brochures - so hopefully it will pass the word out about the other stuff I make too. And it gave me a lot of ideas about how to better show the necklaces and blankets for other times that we go to shows, so all in all it was a good day I think. And Charlie got a lot of liver and a lot of kisses from humans other than me - so I'm quite sure he's pretty happy too.

I just wish I could've spent more time going around to the other tables - and I especially wish I would've taken more pictures! 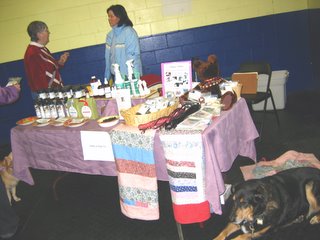 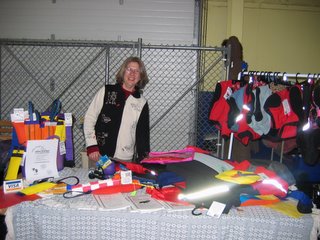 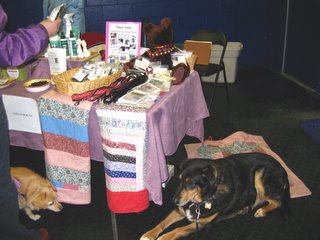 Here are some pictures that I took this weekend of the dogs modelling necklaces that I made for the show. I think they look pretty cute! 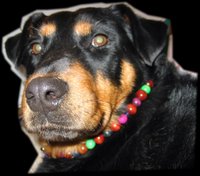 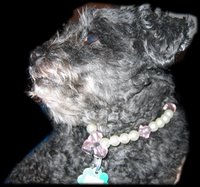