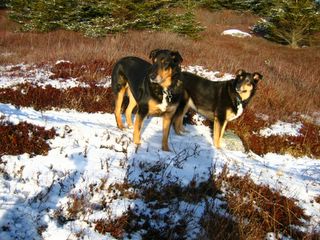 I've been thinking about this whole "designer dogs" debacle and the fact they aren't any different than mixed breed dogs and it occurred to me that Charlie and Leonard actually qualify as designer dogs because both of their parents were purebreed dogs - their mother was a pure yellow lab - what Angela King would've called a "golden lab (!)" and their father was a tri-colour sheltie, that's why they're black and tan. There were 12 puppies in the litter, so thank dog that the Mom was the lab!

But I say that they're the perfect example of designer dogs because they all pretty much look identical - it's unmistakable that they're brothers and sisters - they look unlike anything other than brothers and sisters, but they range in weight from about 55 pounds (Leonard) to 110 pounds (Charlie) - Conrad is about 65 pounds, Solie is about 75 pounds, Philip will probably top out at about 80. All of their body shapes are different.

Solie is bigger than Charlie, but Charlie is much deeper chested so he weighs a ton more than Solie does. Leonard is the only female that I've been able to keep in touch with and she's the smallest of the litter - there may be smaller dogs from the litter that I don't know about.

Behaviourally they have all turned out dependent very much on the environment they were brought up in with the exception that the ALL love to bark - the sheltie in them stayed on through - so the bad part of their genetic heritage stuck through! Charlie is the only one who isn't a big barker but he can still give any dog a run for their money when he's in the mood or he's chasing another dog.

So it shows that if you're crossing any two purebreed dogs you don't know for sure what you're going to get - you could get the best of the 2 breeds, or you could get the worst, or you could get a mixture of good and bad - and if one of the breeds you're mixing from is a non-shedding breed it's not for sure that all the puppies are going to be non-shedding - that's for sure! The coats of all these guys are different, with poor Philip's being the worst. When he was at my house he shedded like you wouldn't believe - but he's also had the worst life of any of these dogs so that might have something to do with it too and now that he's got a normal life it might get better.

Here's some pictures of the other litter mates - the other designer dogs - the lady who bred them said that what she was trying to do was to give people who didn't have a lot of money a chance to give them really nice dogs for cheap. When we got Leonard we didn't know anything about dogs or back yard breeders - we got her out of an ad in the paper on the same day our last dog died - we were in such huge pain from the tragic circumstances of her death that all we could think about was replacing her immediately and since it was 4 days before Christmas no one else would give us a dog. She cost us $120. And when I didn't bond with her (and the husband did) I started going to the SPCA every Saturday looking for a dog of my own - 3 months later I walked into the SPCA and there were 3 Leonards in there and Leonard's mother. They'd been seized by Animal Control for whatever reason and were available for adoption. So that's how Charlie is an SPCA dog and Leonard is not.

But since I knew where Leonard came from Solie's owner and I went back to the house a couple years ago (we have a lot of balls!) and talked to the lady who bred our dogs to see what we could find out about their parents and we did find out some stuff. It was interesting. It's very interesting to be in the living room of a back yard breeder when you're involved in the fight against them! I mean - what do you say? 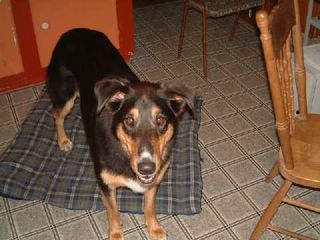 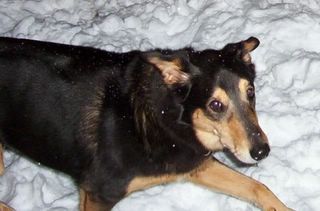 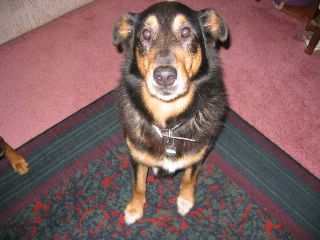