Daisy was starved in her previous life. She was completely emaciated when I got her to the point of her spine sticking out of her back - so she's always hungry and will do anything to get food. Tonight I caught her up on the kitchen counter eating the cat's food. It's the first time I've caught her doing THAT! One would think that something that's twice the height of the dog would be a safe height to put the cat food at. But here's the pictures to prove it. I was pretty impressed with her nonetheless and gave her the cat food she was hankering after. It is Christmas after all. 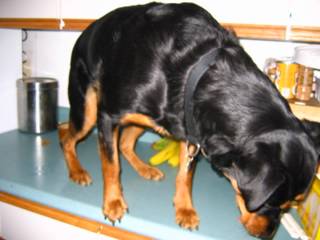 Caught in the ACT!!! 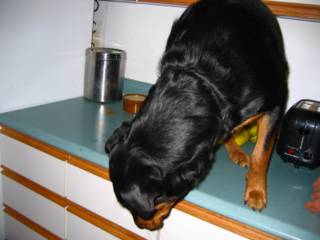 Preparing to jump down in desolation and defeat... 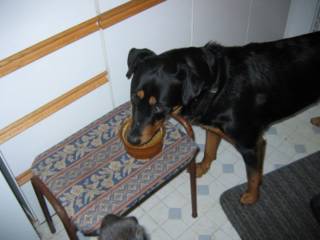 What - is it CHRISTMAS or something?